A new, unique mooring system that will keep a supply vessel permanently and safely moored to an oil rig at a pre-determined distance even in the worst sea conditions encountered in the North Sea is being developed in Scotland. A model of the Scomagg Hydraulics Ltd. system is shown above being tested in the company's factory at Bellshill, Lanarkshire.

At present, most North Sea operators use a type of buffer system to limit tension on mooring lines, but if the sea is rough and the vessel is moving about, the rope is prone to sudden breakage. For supply boat crews and crane operators on the rigs, this can be a time-consuming, difficult, and often dangerous task.

The Scomagg s y s t em uses hydraulic winches that absorb the potentially dangerous energy released by waves, together with electronic controls to monitor and make adjustments when necessary to insure that the tension on the ropes is kept within welldefined limits.

From each of these winches, a cable runs down the legs of the rig to sea level and then out to the stern of the vessel. A target position is then fed into the controls. Should the vessel move outwards from this target, the winches cut in, increasing tension on the ropes and pulling the vessel back. If the boat drifts too close to the rig, tension is released and the vessel moves away to the correct position. In the event of sudden deterioration in the weather, the supply boat skipper can move off to a safe distance with the ropes still attached. When it is safe to return, he drops the engine's revolutions allowing the system to pull him back to the target position.

For further information on the Scomagg mooring system, Write 43 on Reader Service Card 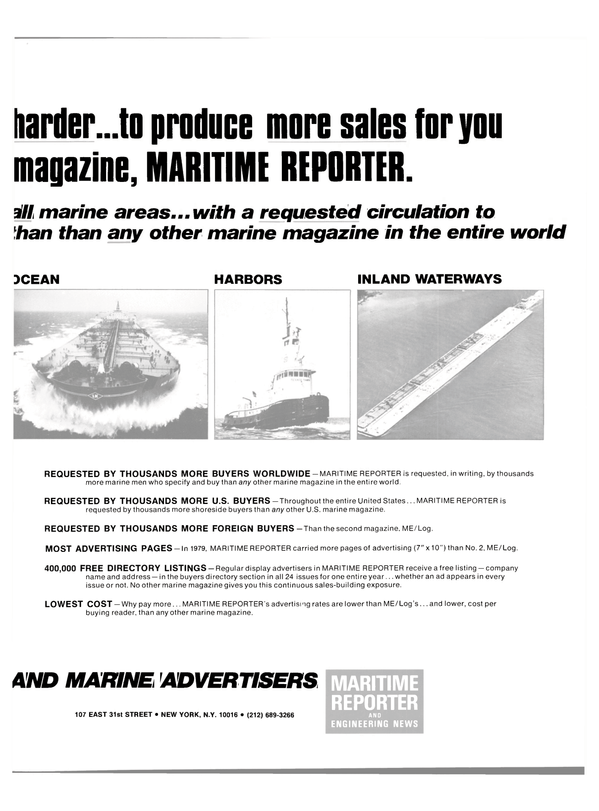