The new Model PD-230 is presented as a major design breakthrough that eliminates the need for traps and tuners required by conventional marine antennas now utilized for single-sideband, high-frequency applications. The elimination of traps and tuners is the result of the incorporation of a factory-sealed, impedencecorrecting module in the base of the antenna. This module converts the highly reactive impedence of the radiating element to a nominal 50 ohm impedence at the antenna input connector.

For free copies of the PD-230 literature, Write 48 on Reader Service Card 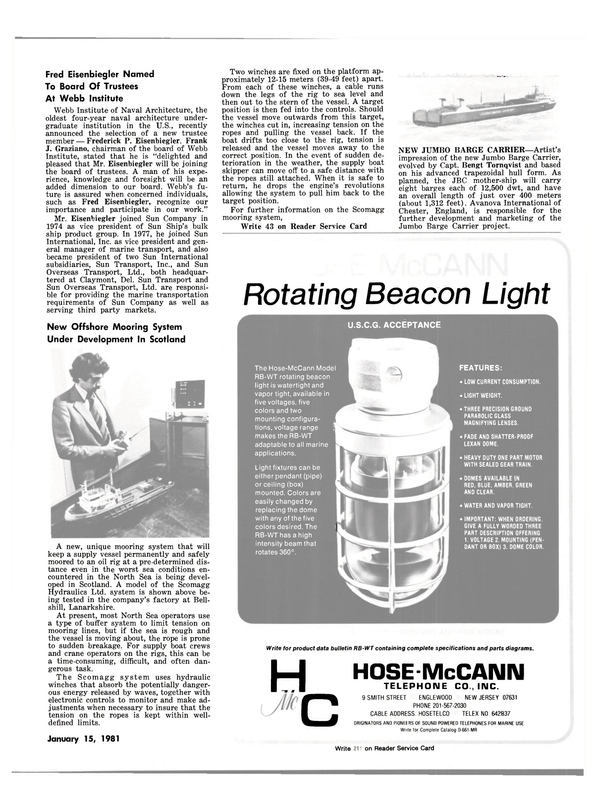