Mr. Johnson is a veteran of 40 years' experience, ashore and afloat, in the tugboat industry in New York Harbor. He started his career in 1946 as a deckhand on the tugs of the Olson Towing Company. When Olson became part of the Moran organization in 1953, he continued on as an ablebodied seaman, crewing on the harbor tugs.

In 1964 Mr. Johnson came ashore as a harbor dispatcher at the company's headquarters in Manhattan.

Johnson, was a captain in the Moran fleet and his son Eric carries on the tradition today as a mate on the Judy Moran. 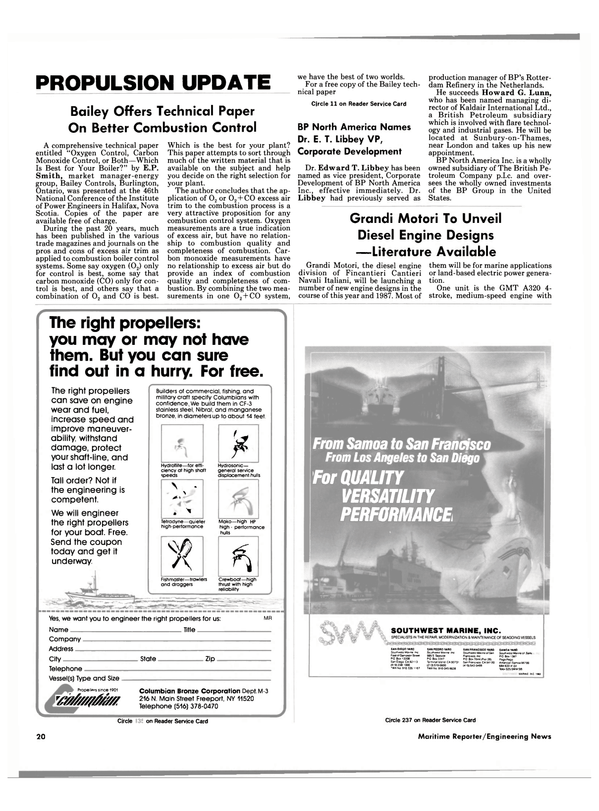