Todd Chairman To Retire In July; Board Nominates New Chairman And President

At a board of directors meeting of Todd Shipyards Corporation recently John T. Gilbride, 69, announced he will retire as chairman and chief executive officer immediately following the annual meeting on July 16, 1986. Mr. Gilbride, who has been chairman since 1975, will continue as a director of the company and chairman of its executive committee.

"The board was gratified to be able to select such capable and seasoned executives, both at a relatively young age, to take over the top management responsibilities at Todd," Mr. Gilbride said. "These promotions are consistent with the company's long-standing policy of advancing proven managers to senior positions and maintaining long-term executive continuity within the organization. Both men are dedicated to maintaining Todd's traditionally high standards of quality and integrity and to providing top value in products and services to government, commercial and industrial customers." Mr. Schaefer joined Todd in 1968 and assumed increasingly important positions in New York, Seattle and Los Angeles, becoming vice president of Todd Pacific Shipyards Corporation and general manager of the Los Angeles Division in 1979 and a director in 1981. Born in Hamburg, Germany, he served his apprenticeship at tbe Deutsche Werft Shipyard in Hamburg while attending the Marine Engineering College concurrently, and in 1955 was awarded a degree in marine engineering. He moved to Canada in 1956 and worked successively at the Davie Shipbuilding Company, Quebec, Saint John Shipbuilding and Dry Dock Company, New Brunswick, and Canadian Vickers, Ltd., Montreal, at the same time continuing bis studies in business management and naval architecture and applied electronics.

John T. Gilbride Jr., joined the Seattle Division of Todd in 1968 and became a licensed professional mechanical engineer in the State of Washington in 1971. He then held various production and administrative positions before becoming general manager of the Seattle Division in 1979. He was elected a director in 1985. Mr.

Gilbride graduated from Lehigh University where he received concurrent Bachelor of Science degrees, with honors, in both industrial engineering and business administration.

For further information and free literature on the full range of shipbuilding services offered by Todd, Circle 76 on Reader Service Card 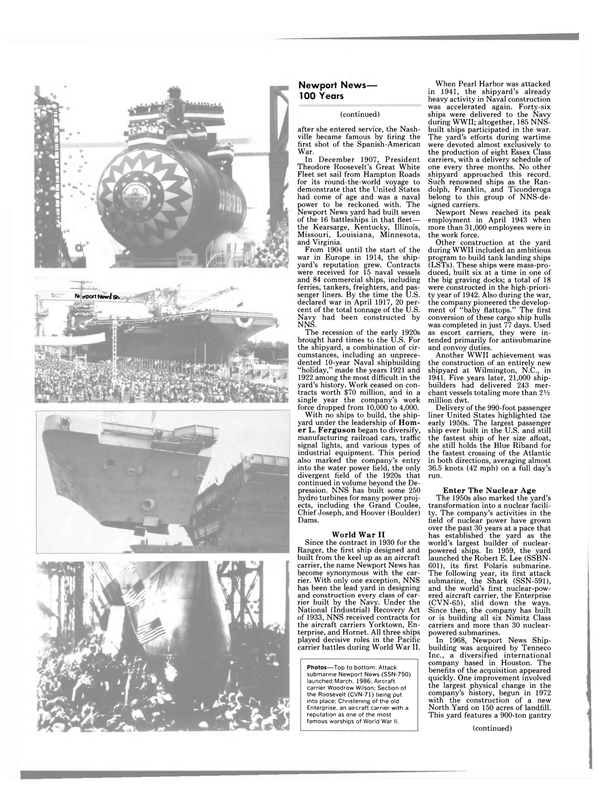 Read Todd Chairman To Retire In July; Board Nominates New Chairman And President in Pdf, Flash or Html5 edition of May 1986 Maritime Reporter