EG&G Washington Analytical Services Center, Inc. (EG&G WASC), was awarded a new threeyear contract by the U.S. Naval Sea Systems Command to provide technical and program management support for the AN/SQQ-89 Surface Ship Anti-Submarine Warfare (ASW) Combat System. Total value of the award, which significantly increases EG&G's current participation in the surface ship program, was set at $20.2 million if all options are exercised by the Navy. The first year's work is valued at $6.6 million.

(The company also supports the Navy's attack submarine program for which it received a $51.6 million contract last December.) EG&G WASC is based in Rockville, Md. It is a subsidiary of EG&G, Inc., a technologically diversified corporation headquartered in Wellesley, Mass. The EG&G WASC organization provides technical and management support to many defense- related programs, with emphasis on those being pursued by the U.S. Navy. It is primarily a research organization that seeks solutions to major defense, space exploration, environmental, and energy problems. 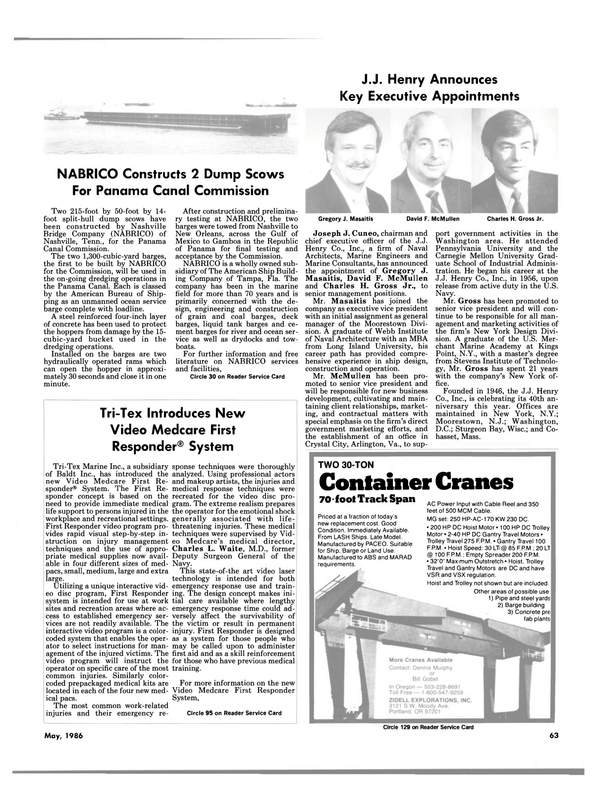