Newport News Shipbuilding has been awarded a $2.9-billion modification to an existing contract to provide for the construction of two Nimitz Class aircraft carriers. The total target price for the construction, including the original contract award of $724 million, amounts to nearly $3.7 billion.

The earlier contract, signed in March, was for the designing and planning for construction of the two new aircraft carriers and for purchase of long lead time materials.

Together with the $612-million Navy contract awarded to Newport News for two Los Angeles Class attack submarines, this award raises the shipyard's backlog to $8.7 million.

Edward J. Campbell, president and chief executive officer of Newport News Shipbuilding, said: "We are most pleased with this award. It will enable our trained and experienced carrier construction work force to go from one ship to the next without interruption, allowing us to build them in the most costefficient manner. This award, along with current submarine construction contracts, will ensure continuation of stable employment at the shipyard for the next several years." The two new Nimitz Class aircraft carriers are designated CVN 74 and CVN 75. CVN 74 is scheduled for delivery in 1996, and CVN 75 in 1998. When christened, CVN 74 will be named the John C. Stennis.

Newport News Shipbuilding is also currently building two other Nimitz Class carriers, the Abraham Lincoln (CVN 72) and the George Washington (CVN 73), and has contracts for the construction of 11 Los Angeles Class attack submarines.

For free literature giving full information on the facilities and capabilities of Newport News Shipbuilding, Circle 16 on Reader Service Card 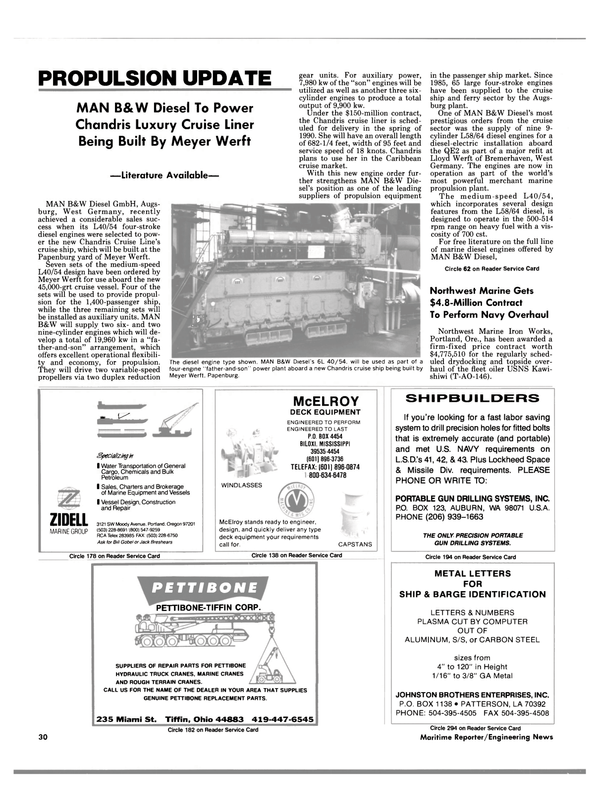