Additional speakers during the Navy ceremony were Paul A.

The wooden-hulled Devastator, which will carry a crew of 81, has a beam of 38 feet 11 inches, draft of 11 feet 3 inches and displacement of 1,262 long tons. She is powered by four Isotta Fraschini diesel engines rated at 600 hp each and is also fitted with two 200-hp Hansome Electric motors. For maneuverability, the Devastator is equipped with a 350-hp Omnithruster bowthruster which is connected to a GE drive motor. Her electric power is furnished by three 60-Hz, 375-kw Tech Systems generators.

The MCM, the Navy's largest wooden-hulled ship, incorporates modern mine countermeasure technology into a specially designed platform which includes low magnetic signature diesel engines, a precise electronic navigation system, a minehunting and classification sonar, and a mine neutralization system.

The MCM mission is to clear the bottom and water volume of mines in coastal and offshore areas. Production of the MCM ships is underscored by an extensive array of tests for shock, noise, vibration and magnetic signature. As a product of dedicated effort and resources, the MCM will fulfill an important role in the long-standing objective to maintain U.S. mine countermeasure capability.

The Devastator is the fourth MCM launched at PBI in the last three years. She is the fourth of five contracted with PBI by the U.S.

Navy. Peterson Builders is one of the few shipyards with the expertise, facilities and knowledge to construct large wooden ships. PBI has built minecraft for 13 different navies around the world. 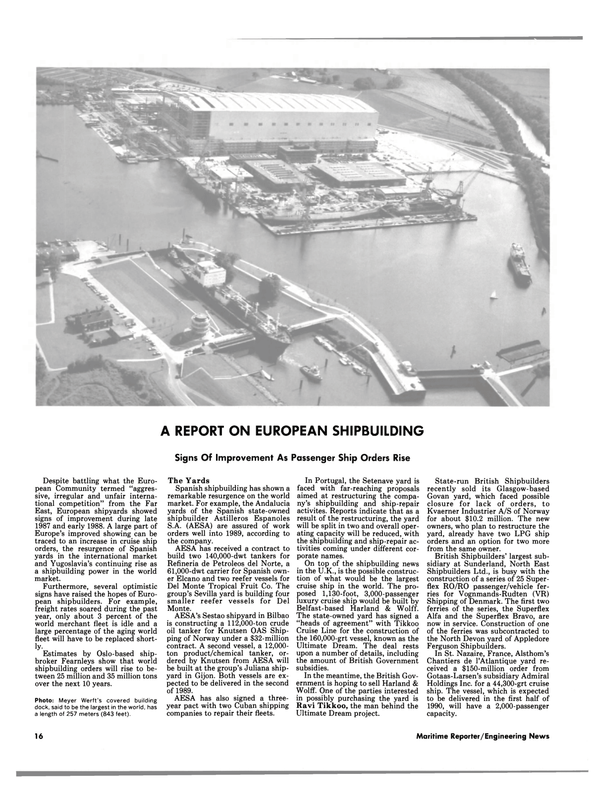