Ulstein Hatloe A/S, Ulsteinvik, Norway, has delivered one of the world's largest surimi factory trawlers to her U.S. owners, after undergoing an extensive conversion at the yard.

The 341-foot 5-inch Northern Eagle was delivered to her New Yorkbased owners Northern Eagle Partners Ltd. earlier this year after she was converted from a containership to a surimi factory trawler. The Northern Eagle, which is being used off the coast of Alaska to fish for pollack to produce into surimi, a versatile fish paste, has a molded breadth of 52 feet, design draft of 20 feet and speed of 14 knots. She is powered by two Bergen Diesel engines rated at 2,425 kw at 680 rpm each. She is fitted with a bevy of Ulstein equipment, including: a controllable- pitch propeller, Ulstein/ Lohman reduction gear, propeller nozzle, high-lift flap rudder and an 800-hp bowthruster.

The factory trawler is fitted with state-of-the-art fishing and production equipment. Her cargo hold capacity is approximately 2,300 m3.

Since the processing of surimi requires large amounts of freshwater, and the Northern Eagle can produce as much as 400 tons per day.

Her conversion was designed by Guido Perla & Associates of Seattle, Wash. 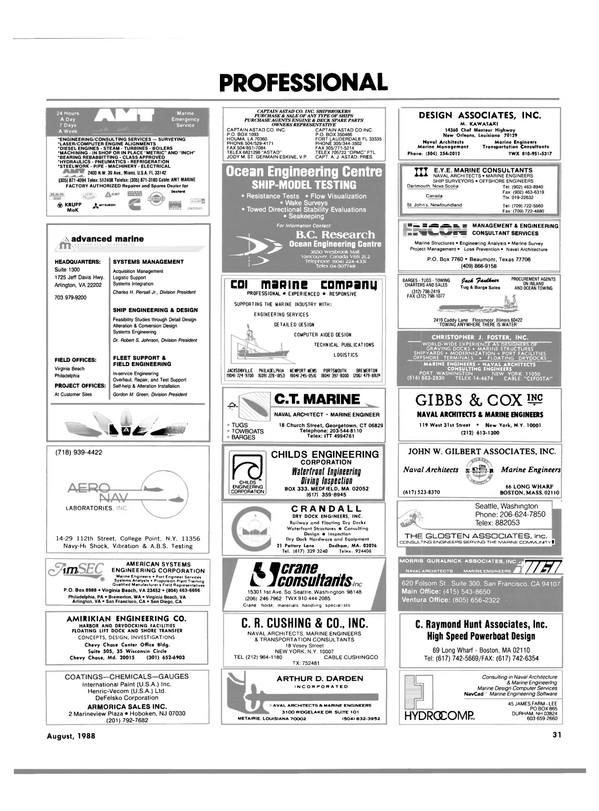