Rados International Corporation, naval architects and marine engineers of San Pedro, Calif., has announced the finalization of a new design for the University of Southern California, Institute for Marine and Coastal Studies, to convert an existing tuna purse seiner fishing vessel into a state-of-the-art oceanographic research vessel.

Labeled as "The region's most capable academic research ship," and sponsored by the Ocean Studies Foundation, the vessel Osprey, ex-Theresa Ann, built in 1973 by San Diego Marine Construction Company as an 1,100-toncapacity tuna fishing vessel, will soon provide an enormous potential and advancement for the university as a marine research platform.

Currently moored in the Terminal Island portion of the Los Angeles Harbor, the 220-foot vessel is now undergoing the necessary conversion modifications required for the implementation of oceanographic and research equipment.

Originally designed and construction supervised by Rados in 1973, the vessel was donated in part to the University by Van Camp Sea Food Company/Ralston Purina Company in late 1984.

The refurbished Osprey has been earmarked to provide new research functions, including resource assessment of the national 200-mile exclusive economic zone, geology of the continental margin which includes seismic activity and sediment transport along continental shelves, nature of acoustical and optical scattering within the oceans, relationships of atmospheric weather patterns to changes in marine environments, and identification of sources and distributions of marine pollutions.

The vessel has been redesigned to incorporate a slow speed maneuvering/propulsion system, multiple scientific laboratories, various oceanographic cranes and winches, and a complement of vital A-Frames. These in conjunction with the originally designed bulbous bow, passive flume stabilization system, and fuel efficient single diesel engine propulsion system, provide for a highly efficient research vessel and reasonable alternative for design and construction of a newer vessel.

Completion of the conversion is expected by mid to late 1988. 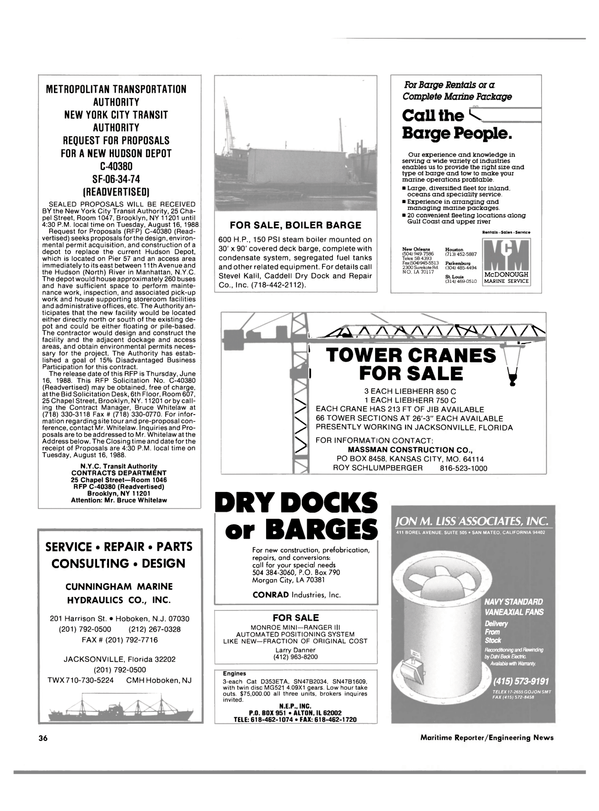