In a continuing effort to be responsive to the opinions of its membership, the Society of Naval Archit e c t s and Marine Engineers (SNAME) is planning a more diversified technical program for its 1989 Annual Meeting to be held in New York in November.

Through the efforts of the papers committee chaired by Jack Abbott, the Society solicited papers that would be particularly broad in scope, current in content and tied in to the maritime-related activities of each of SNAME's 17 local sections.

The overwhelming response has provided the papers committee with an opportunity to be creative in the scheduling of the technical programs.

Mini-symposia are being planned for Thursday afternoon sessions, with subject matter that will include icebreaker technology, propulsion plant instrumentation or various phases of the commercial small craft industry. Further, by reducing the traditional 90-minute technical paper sessions to 60 minutes, more diversified subject matter can be offered over the two-day program.

In addition to the theme-oriented mini-symposia, other areas of interest being considered include successful applications of CAD/CAM, new methods to reduce propeller vibration excitation on ships, the "whys" of the blistering encountered on the USS Midway, vapor collection systems for coastal and river barges and papers form Soviet presenters. 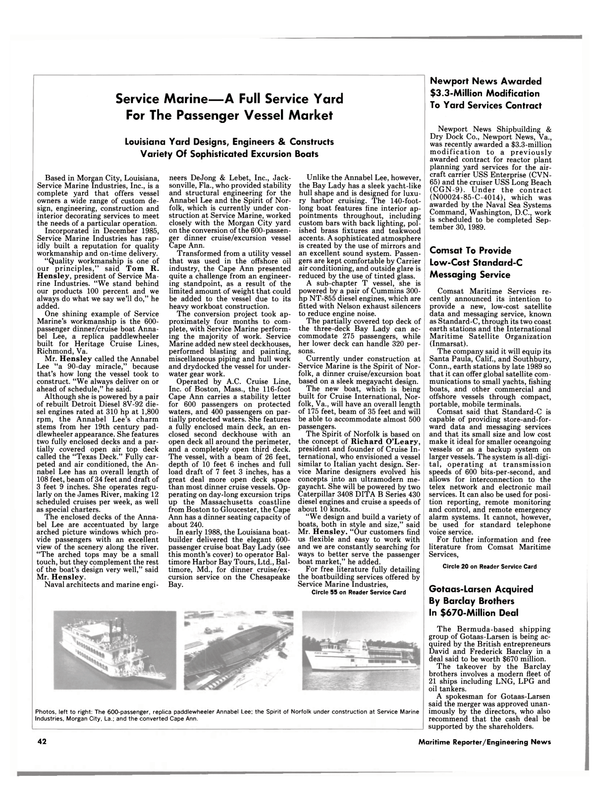