A.G.M.A. Elects Haley To Serve Three-Year Term On Board Of Directors

E. Ray Haley, president and director of engineering for Marine Gears, Inc., Greenville, Miss., was recently elected to serve a threeyear term on the board of directors of American Gear Manufacturer's Association (A.G.M.A.), headquartered in Alexandria, Va.

At the recent A.G.M.A. technical meeting in New Orleans, Mr. Haley was received on the board of directors and awarded a special certificate for his many years of work in preparing a new marine gear propulsion standard. Mr. Haley has been a member of the marine gear standard committee since the inception of that group and has served as chairman for the last seven years.

Mr. Haley has been directly involved in the marine propulsion gear industry in the U.S. for 27 consecutive years. During that time, he has been responsible for numerous special gear designs and innovative developments to improve propulsion gears and clutches, used on American waterways vessels. 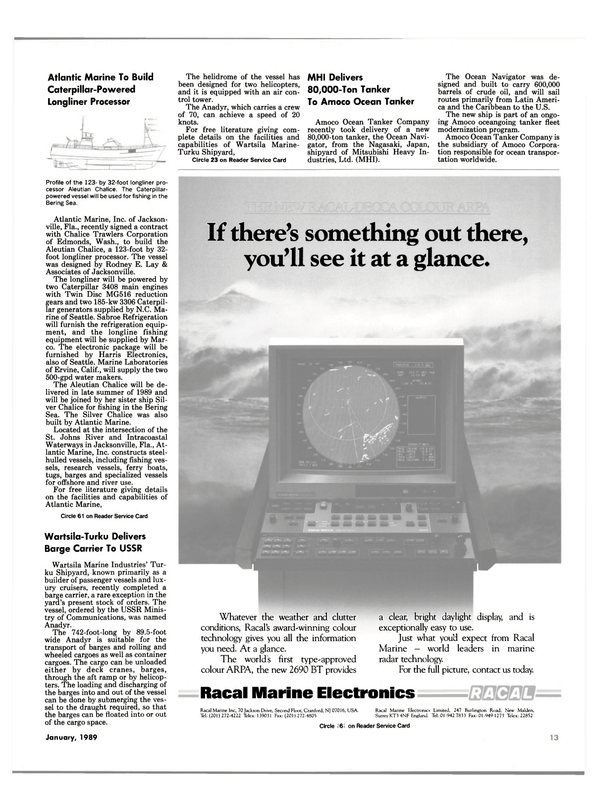 Read A.G.M.A. Elects Haley To Serve Three-Year Term On Board Of Directors in Pdf, Flash or Html5 edition of January 1989 Maritime Reporter