The Pump-Jet is integrated into the bottom of the vessel and consists of a semi-axial centrifugal pump whose spiral housing ends in a nozzle. The centrifugal pump sucks in water from underneath the vessel and ejects it again under the bottom of the vessel at an angle of 15 degrees. This produces a propulsive force in a direction contrary to that of the jet flow. The jet itself can be rotated through 360 degrees, which makes the craft outstandingly maneuverable.

The Pump-Jets propelling the 128-foot-long Europa are driven by two MAN B&W Diesel engines, type D 2866 E, each with an output of 178 kw/242 hp at 2,100 rpm. A speed of 13 km/h was measured on the Rhine with the vessel traveling upstream, this being equivalent to 19 km/h in still water. The jets are equipped with reversing gears, enabling the units to be cleaned without any special equipment when the vessel is operating in shallow water or in waters containing a large amount of coarse foreign matter.

For increasing maneuverability, the M.S. Europa is also equipped with an electrically driven Schottel Pump-Jet of type SPJ 20 in the bow.

For more information and free literature on the Schottel Pump-Jet, Circle 37 on Reader Service Card 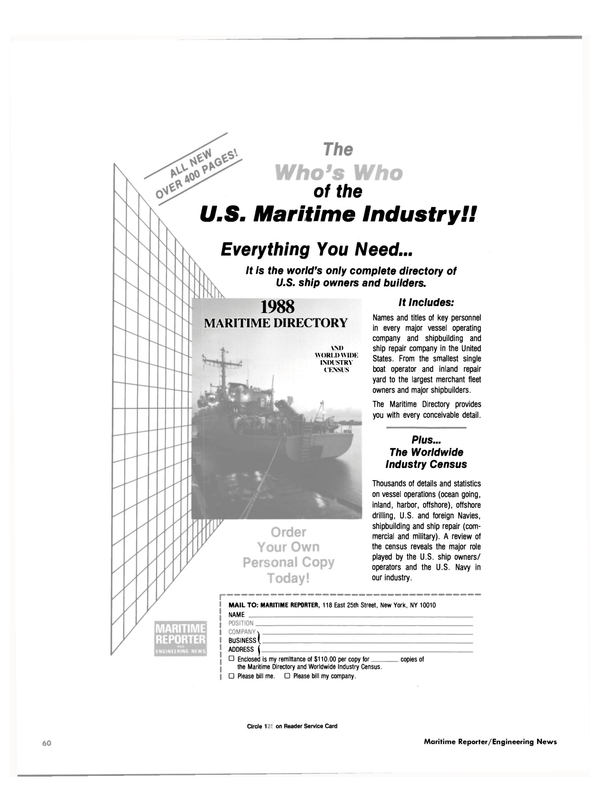