BP America recently announced that its subsidiary, Sohio Oil Company, has agreed to acquire a West Coast refinery and marketing assets from Mobil Oil. The action marks the company's first move to the West Coast as a refiner and marketer.

As part of the transaction, Sohio Oil is purchasing Mobil's 79,000 barrel-per-day refinery in Ferndale, Wash., and Mobil's approximate 30- percent ownership in the Olympic Pipe Line Company for $152.5 million.

Separately, Sohio Oil and Mobil have also agreed to an exchange of marketing assets in which Sohio Oil will acquire four product terminals and Mobil's owned and leased stations in Washington, Oregon, and northern California. Sohio Oil will offer supply contracts to Mobil dealers and distributors in those areas.

In exchange, Mobil will obtain Sohio Oil's company-operated BP and Gibbs stations in the Northeast, Gas-n-Go outlets in Michigan, Gulf stations in Orlando and the west coast of Florida, and a product terminal in Tampa. The exchange is expected to be completed during the second quarter of 1989. 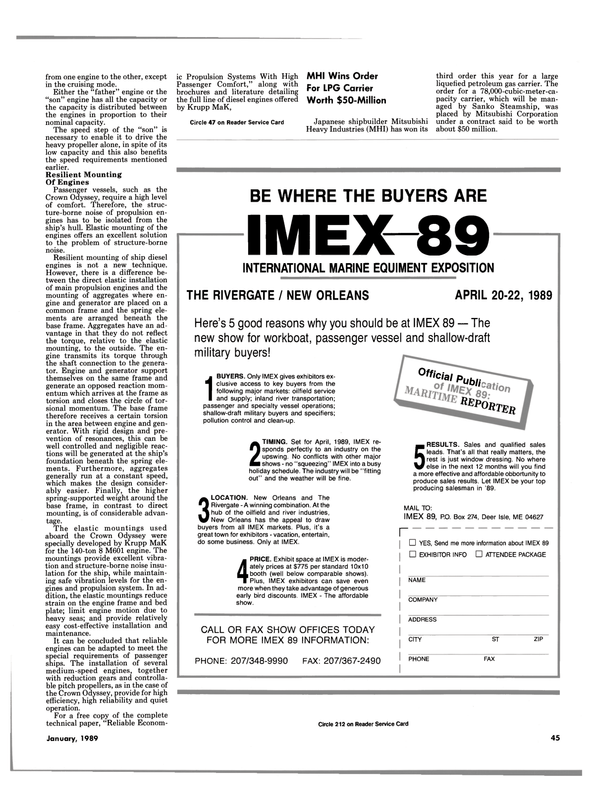