North Star Cruises Director, Mr Craig Howson said "The performance of 'True North' has been outstanding and is a testament to the shipbuilding skills of the Image Marine team; their reputation in the live-aboard market is excellent and our experience with the company through our previous build certainly gave us the confidence to build with them again." The new True North will be a 49.9-m, 36 berth - aluminium monohull. On board, North Star Cruises has upgraded the standard of cabins compared to the previous vessel, and offers three options; four premium staterooms on the upper deck, six staterooms on the main deck and eight large double cabins on the lower deck. The increased common area is split over two decks on the new vessel offering an alternative to the adjacent lounge-dining area on the original 'True North'.

Dining takes place on the main deck and the lounge-bar is located on the upper deck and opens onto an outdoor area, providing guests with a spectacular viewing platform on which to wind down after a day filled with fishing, diving and touring.

Scheduled for delivery in February 2005. 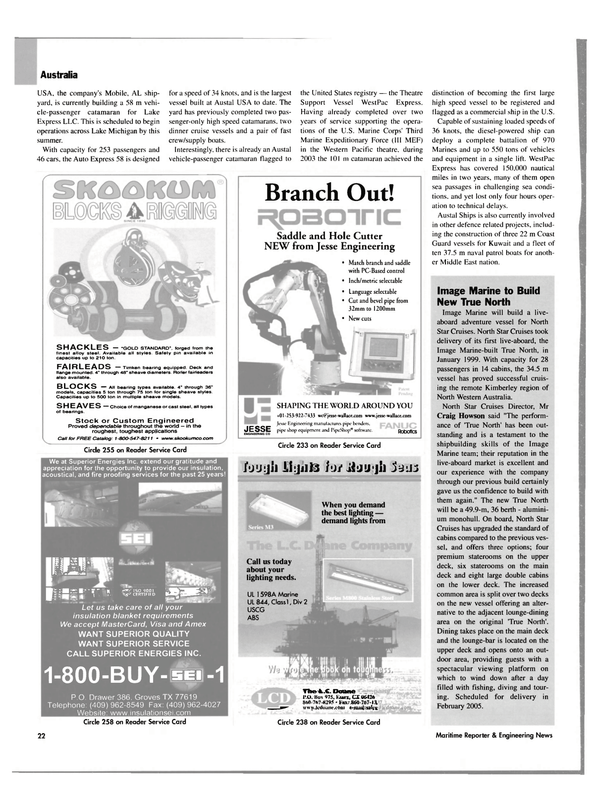