Places of Refuge and Ship Recycling

Member States of the International Maritime Organization (1MO) agreed on the need for an audit scheme to assess their effectiveness in implementing global shipping standards, with the adoption of an Assembly resolution on the subject at the 23rd I MO Assembly, which met at the Organization's London Headquarters from November 24- December 5, 2003. The Assembly also adopted guidelines on places of refuge for ships in need of assistance and guidelines on ship recycling. Altogether the session saw 30 resolutions adopted by the Assembly. Other issues covered by resolutions included the Organization's work program and budget for the biennium 2004-2005 and resolutions on technical issues relating to the Organization's work on safety and security of shipping and prevention of marine pollution by ships.

These guidelines are intended for use when a ship is in need of assistance but the safety of life is not involved. Where the safety of life is involved, the provisions of the SAR Convention should continue to be followed. The guidelines recognize that, when a ship has suffered an incident, the best way of preventing damage or pollution from its progressive deterioration is to transfer its cargo and bunkers, and to repair the casualty. Such an operation is best carried out in a place of refuge. However, to bring such a ship into a place of refuge near a coast may endanger the coastal State, both economically and from the environmental point of view, and local authorities and populations may strongly object to the operation. Therefore, granting access to a place of refuge could involve a political decision that can only be taken on a case-by-case basis. In so doing, consideration would need to be given to balancing the interests of the affected ship with those of the environment. A second resolution, Maritime Assistance Service (MAS), recommends that all coastal States should establish a maritime assistance service (MAS).

The principal purposes would be to receive the various reports, consultations and notifications required in a number of 1MO instruments; monitoring a ship's situation if such a report indicates that an incident may give rise to a situation whereby the ship may be in need of assistance: serving as the point of contact if the ship's situation is not a distress situation hut nevertheless requires exchanges of information between the ship and the coastal State, and for serving as the point of contact between those involved in a marine salvage operation undertaken by private facilities if the coastal State considers that it should monitor all phases of the operation.

Ship recycling The Assembly adopted Guidelines on Ship Recycling, which have been developed to give advice to all stakeholders in the recycling process, including administrations of ship building and maritime equipment supplying countries, flag, port and recycling States, as well as intergovernmental organizations and commercial bodies such as shipowners, ship builders, repairers and recycling yards.

The guidelines note that, in the process of recycling ships, virtually nothing goes to waste. The materials and equipment are almost entirely reused. Steel is reprocessed to become, for instance, reinforcing rods for use in the construction industry or as corner castings and hinges for containers. Ships' generators are reused ashore. Batteries find their way into the local economy. Hydrocarbons on board become reclaimed oil products to be used as fuel in rolling mills or brick kilns.

Light fittings find further use on land. Furthermore, new steel production from recycled steel requires only one third of the energy used for steel production from raw materials. Recycling thus makes a positive contribution to the global conservation of energy and resources and. in the process, employs a large, if predominantly unskilled, workforce. Properly handled, ship recycling is, without question, a "green" industry.

However, the guidelines recognize that, although the principle of ship recycling may be sound, the working practices and environmental standards in the yards often leave much to be desired.

While ultimate responsibility for conditions in the yards has to lie with the countries in which they are situated.

other stakeholders must be encouraged to contribute towards minimizing potential problems in the yards. 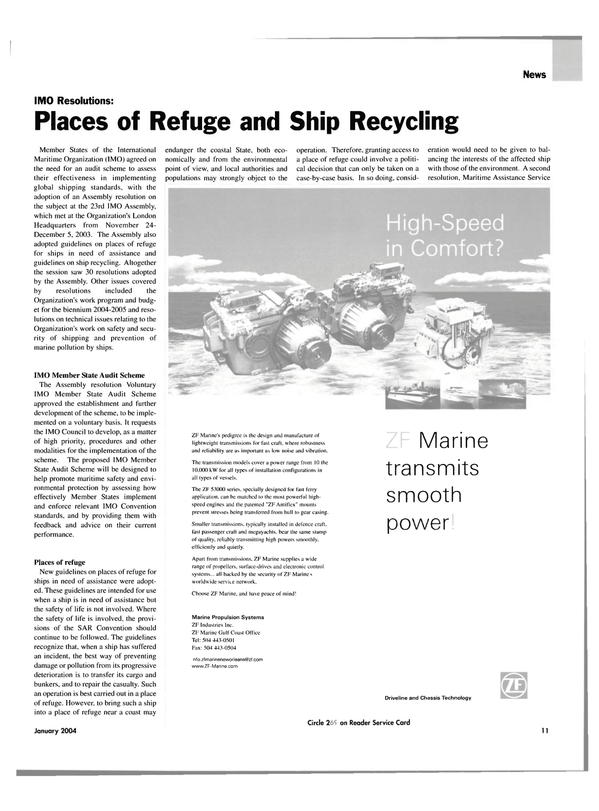