Norb Whitlock, President and COO of American Commercial Barge Line LLC, said, "Today, we took another step to better position ACBL to emerge from Chapter 11 when we implemented a broad-based organizational restructuring that resulted in the release of 20 employees and the elimination of 12 open positions." To that end, the following appointments were announced. 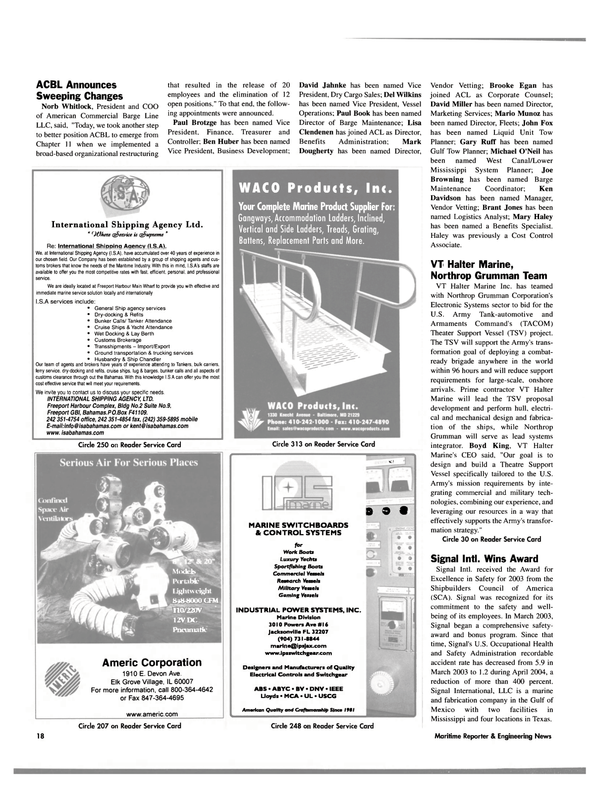