ObjectVideo VEW is designed to protect the waterfront and landside of Blount Island, Talleyrand and Dames Point marine terminals, which in 2003 han- died 7.3 million tons of cargo including more than 540.000 vehicles. "As a major port in the U.S.

"ObjectVideo's technology can distinguish between an every day occurrence and a potential threat to provide us with actionable intelligence in real time.

Additionally, its video tripwire feature enables us to create sophisticated security rules that empowers us to quickly extend or retract perimeter lines to adjust to different MARSEC security conditions." Object Video recently received a U.S. patent for its video tripwire feature available in ObjectVideo VEW. Port security personnel can create virtual perimeters on land and water by simply drawing a video tripwire directly on a computer snapshot of the camera's view. Rules can be configured according to a number of criteria that allow detection based on the direction an object is moving and object type (boat, vehicle, person, etc.).

Since the lines are virtual and do not have to be physically moved, personnel can make instant adjustments in the perimeters to respond to changes in a port's security level or to address specific maritime threats.

Because JAXPORT is a designated port for U.S. military cargo transportation, agencies including U.S. Customs, federal protection and local law enforcement are involved in protecting it. 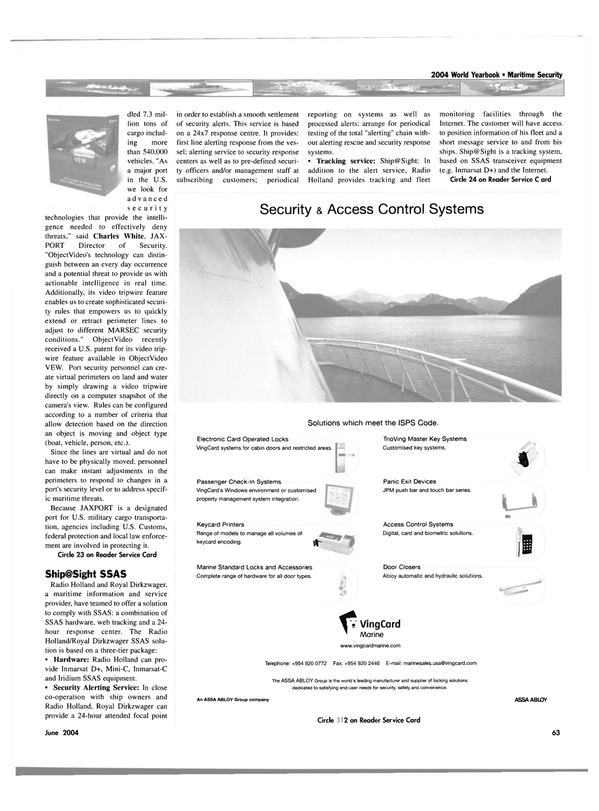