Customs and Excise. The Damen Stan Patrol 4207 is one of the bigger types in the Damen standard range of patrol boats, starting from 12 m in length and reaching up to 52 m.

The steel hull and aluminium superstructure were subcontracted to Scheepswerf Made in The Netherlands and the outfitting was carried out at Damen Shipyards Gorinchem.

Although the ship will sail at patrol speeds between 12 to 17 knots most of the time, the maximum speed is 26.5 knots. For slow speed maneuvering in harbors a bow tunnel thruster is fitted.

During design and construction of the ship much attention has been given to minimise vibration and noise levels. For this purpose the engines are fitted on flexible mounts. Floating floors are used throughout the ship and walls are of the "box in box" principle. As a result, the noise levels are remarkably low for such a light and high-powered ship: 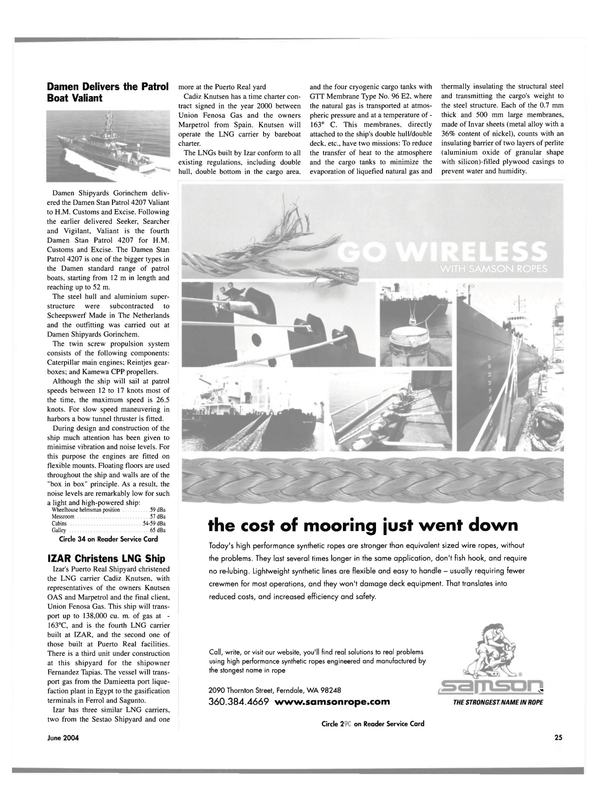