The Tech
A new technology called Synthetic Aperture Sonar (SAS) provides the capability for ultra-high image resolution of the seabed combined with superior area survey speeds. SAS was initially developed for demanding military applications such as naval mine detection and classification. As SAS technology becomes more affordable, it’s expected to also find use in commercial markets and become a valuable supplement to, and in some cases, a replacement for existing sonar technology. Typically, two different sensors have been primarily used to date for seabed mapping - a Side Scan Sonar (SSS) for reflectivity images and a Multibeam Echo-Sounder (MBES) for bathymetric maps. According to Kraken, both of these technologies are limited by their along-track resolution. Another problem, according to Kraken is that SSS and MBES often do not cover the same swath. This further decreases the area coverage rate, since most of the areas have to be surveyed multiple times to ensure full coverage. Combining Synthetic Aperture Sonar (SAS) with interferometric processing solves both of these problems. SAS images have range-independent and frequency-independent resolution and can therefore achieve both high area-coverage rates and ultra-high resolution. This allows measurement out to full range and thus significantly faster seabed imaging and mapping operations. 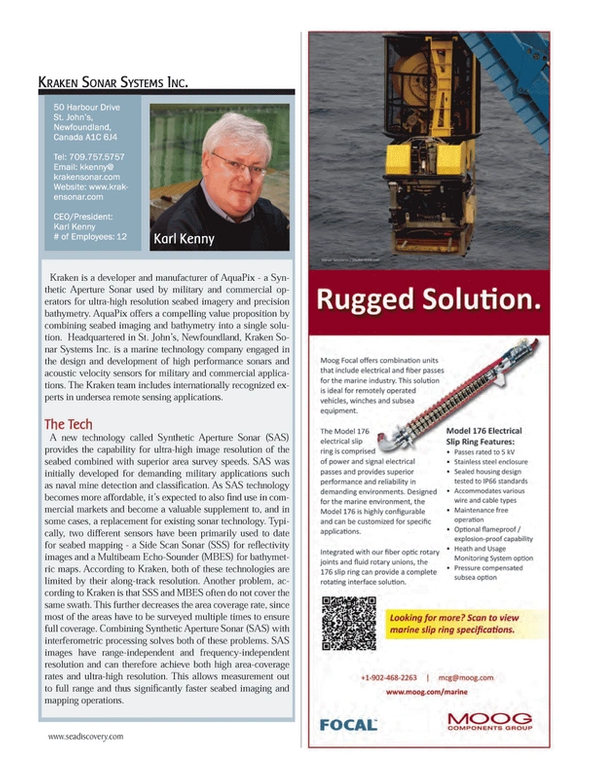