In an industry where change comes slowly, Zupt focuses on improving the way marine survey services are completed by increasing productivity and decreasing the time and high operational costs associated with marine construction, dynamic positioning, and deepwater drilling. Zupt is a U.S. based international integrator of surveying and positioning technologies, specializing in the applications of inertial technologies for both onshore and offshore survey and navigation services. Since the development of its underwater metrology system C-PINS in 2008, it has completed a half century of metrologies.

The Tech
Zupt delivers operationally aware technologies to improve the productivity associated with high cost operations for oil and gas exploration and field development through the use of inertial navigation systems.
The primary advantage of an inertial navigation system (INS) is that it requires no external references in order to determine its position, orientation, or velocity once it has been aligned. An INS can detect a change in its geographic position, a change in its velocity, and a change in its orientation by measuring the linear and angular accelerations applied to the system.
This inertial technology is integrated into C-PINS, a subsea precise inertial navigation system; D-PINS, a dynamic positioning inertial position reference sensor; EM-AHRS, a electromagnetic attitude heading reference sensor; as well as SH-ERA, a high resolution stack heading and electrical riser angle system. 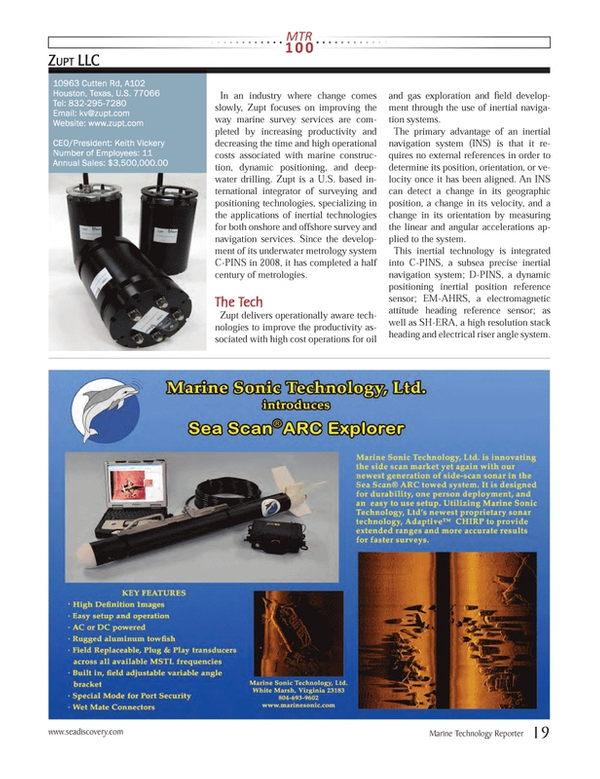