A new NOAA report that examines national oil pollution threat from shipwrecks has been presented to the U.S. Coast Guard. With as many as 20,000 recorded shipwrecks in NOAA’s database, the May 2013 report finds that just 36 sunken vessels scattered across the U.S. seafloor could pose an oil pollution threat to the nation’s coastal marine resources. Of those, 17 were recommended for further assessment and potential removal of both fuel oil and oil cargo. Based on vessel contents, condition, environmental sensitivity and other factors, NOAA has determined that six vessels are high priority for a Most Probable (10%) discharge, and 36 are high priority for a Worst Case Discharge (Table ES-1).
NOAA’s Remediation of Underwater Legacy Environmental Threats (RULET) project identifies the location and nature of potential sources of oil pollution. Knowing where these vessels are helps oil response planning efforts and may help in the investigation of mystery spills - sightings of oil where a source is not immediately known. In 2010, Congress appropriated $1 million for NOAA to develop a list of the most significant potentially polluting wrecks in U.S. waters, specifically addressing ecological and socioeconomic resources at risk. Those funds were not intended for oil or vessel removal. NOAA maintains the internal Resources and UnderSea Threats (RUST) database of as many as 30,000 sites of sunken material. Initial screening of these shipwrecks revealed 573 that could pose substantial pollution risks.

Based on the NOAA report, there is plenty of business out there – literally lurking just under the surface.
http://sanctuaries.noaa.gov/protect/ppw/pdfs/2013_potentiallypollutingwrecks.pdf

(As published in the September 2013 edition of Marine Technologies - www.seadiscovery.com)

This includes vessels built after 1891, when U.S. vessels began using fuel oil; vessels over 1,000 gross tons and built of steel, and tank vessels. Additional research narrowed that number to 107.
To prioritize and determine which vessels are candidates for further evaluation, NOAA used a series of risk factors to assess the likelihood of oil remaining onboard, and the potential environmental impact if that oil spills. NOAA used risk factors to assess physical integrity and pollution potential as well as other factors that may impact potential removal operations. Risk factors included total oil volume on board; oil type; if the wreck was reported to have been cleared as a hazard to navigation or demolished; if significant amount of oil was lost during the casualty, and the nature of the casualty that would reduce the amount of oil onboard. Factors impacting operations were wreck orientation on seafloor, depth, visual or remote sensing confirmation of conditions; other hazardous materials onboard, if munitions were onboard, and if the wreck is of historic significance and will require special handling. Each factor was also assigned a data quality rating. At the end of the evaluation, each vessel was given an overall vessel risk score of High, Medium, or Low. After this third level of screening, 87 wrecks remained on the priority list.
Oil discharges from shipwrecks are typically in the “Most Probable” category or smaller. Funding for any assessment or recovery operations determined to be necessary is dependent on unique circumstances for the wreck. If a wreck still has an identifiable owner, that owner is responsible for the cost of cleanup. If no responsible party exists, the Oil Spill Liability Trust Fund would likely be accessed. Selecting any vessel for proactive response requires further analysis including spill trajectory studies and monitoring or oil removal feasibility studies. While the salvage industry and oil spill response organizations have demonstrated great advancements in underwater oil removal technologies, in many cases the best alternative may not be removal of oil, but rather to monitor the wreck and plan for potential spills. The cost of removing oil from a wreck varies widely, depending on conditions and as depicted in Table 4-4 (on page 12)

(As published in the September 2013 edition of Marine Technologies - www.seadiscovery.com). 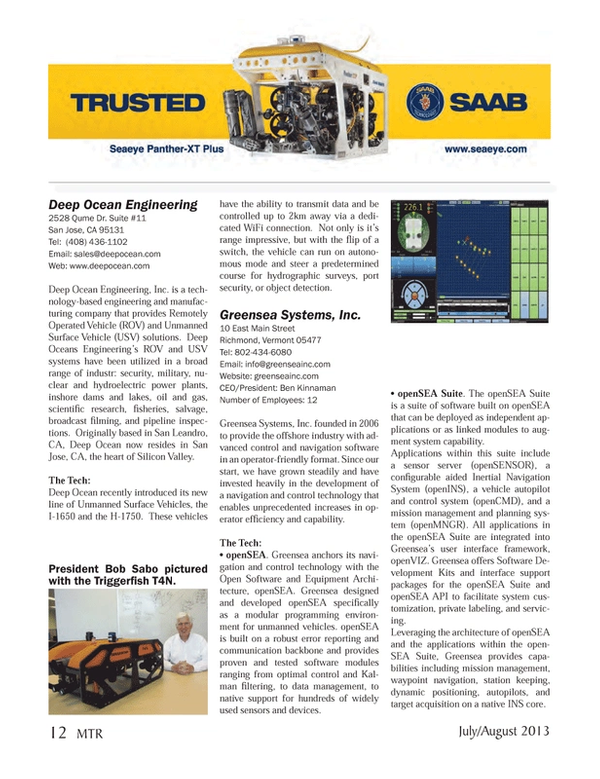