Associated Container Transportation/ PACE Line has opened its own office in Toronto, effective January 1, 1978, to accommodate the growing needs of the Ontario customers using PACE Line to Australia and New Zealand.

PACE Line, a partnership of ACT (Australia) and The Australian National Line, operates a fleet of modern containerships with heavy lift capacity in the Australia/New Zealand trade.

This development in Canada is part of a worldwide emphasis on direct representation by ACT, which employs more than 3,000 persons internationally.

William G. Gordon, general manager of ACT (Canada), noted that the ocean carrier "wishes to express appreciation to McLean Kennedy Ltd. for a high standard of representation during an association stretching back to the MANZ Line, which was the predecessor service to PACE from Canada." The association between ACT and McLean Kennedy will in part continue through McLean Kennedy's interest in Brunterm Ltd.'s Rodney Container Terminal in Saint John, out of which Canada port PACE Line operates.

William D. Davidson, who joined ACT (Canada) two years ago as marketing and sales manager, has been named manager, Ontario.

He brings to his new position more than 17 years in transportation, including a broad background in the Australia / New Zealand trade.

The new office will be situated at 11 Adelaide Street, West, Toronto, Canada. 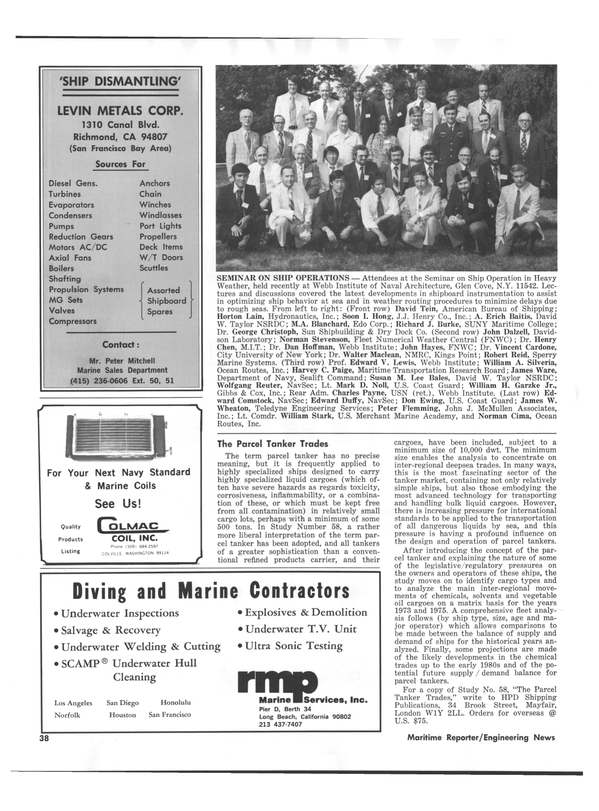