The two ships, designated as Hulls 64 and 65, are similar to Canadian Olympic delivered to Upper Lakes in October 1976.

Like Canadian Olympic, they will be equipped with patented cargo reclaimers developed by Port Weller and Stephens- Adamson of Belleville. Both will also have unloading and reballasting consoles built by Port Weller's subsidiary, Canal Electric Ltd.

From the console, the unloading operation is performed by one man at a rate of 6,000 tons per hour.

Both ships will be built to an overall length of 730 feet (222.5 m). However, their breadth of 75.83 feet (23.12 m) will slightly exceed that of previous ships due to new width regulations now authorized by the St.

Hulls 64 and 65 will be powered by twin diesel engines generating 10,000 metric bhp.

In the interest of energy conservation, Port Weller is exploring methods of propulsion economy for incorporation into Hull 65's design. 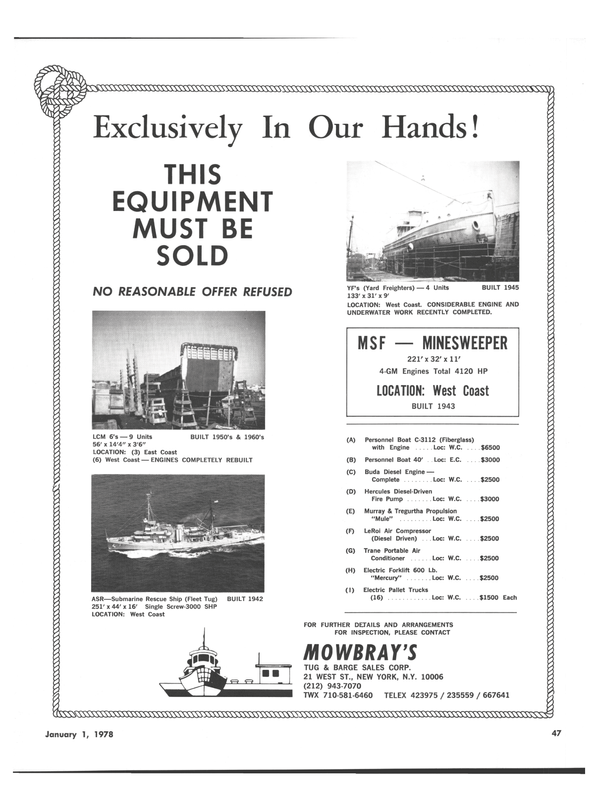