In his new post, Mr. Casey will be responsible for advanced planning activities and will direct the departments of Budget and Accounts, Public Works, Administrative Services, Waterfront Activities, and the Infirmary at the Federal Academy. He also will assume some teaching assignments.

Mr. Casey joined the Maritime Administration in Washington, D.C. in 1969 as the Chief of the Office of Subsidy Administration, and was subsequently promoted to the position of Assistant Administrator for Maritime Aids.

In both of these positions, he was deeply involved in administering the agency's financial assistance programs for the industry and its market development and maritime training efforts. In recognition of his distinguished leadership in administering a complex maritime program which involved financing, construction and operation of U.S. merchant vessels, Mr.

Casey, in 1972, was presented with the Gold Medal, the Department of Commerce's highest award.

At the Academy, which is under Maritime Administration control, Mr. Casey will report directly to Rear Adm. Arthur B. Engel, USCG (ret.), the Superintendent.

"We are extremely fortunate," said Rear Adm. Engel, "to have a person of Howard Casey's high administrative ability assigned to Kings Point. He is well-known both at the Academy and at headquarters in Washington, and we are looking forward to working with him." Prior to his government service, Mr. Casey worked in the comptroller's office of W.R. Grace & Co., where he was engaged in procedure analysis and systems design in the accounting and financial areas of the company.

From 1957 to 1968, he was employed by Grace Line, Inc., formerly a W.R. Grace & Company subsidiary. During his employment with the steamship line, he rose through various positions in the finance and accounting departments to be appointed comptroller in 1964, and treasurer in 1968.

Casey g r a d u a t e d with honors from Princeton U n i v e r s i t y in 1939, and received a master's degree in business administration from Boston University in 1951.

He was awarded a gold medal by the Massachusetts Society of Certified Public Accountants for achieving the highest score on the CPA examination in 1951.

He was awarded the Silver Star, the Bronze Star and the Croix de Guerre. In 1946, he was commissioned as a lieutenant colonel in the U.S. Army Reserve, and served as a field artillery battalion commander from 1947 to 1950.

From 1946 to 1952, early in his career, Mr. Casey held positions in accounting and auditing offices of the Veterans Administration and the General Accounting Office in Boston. 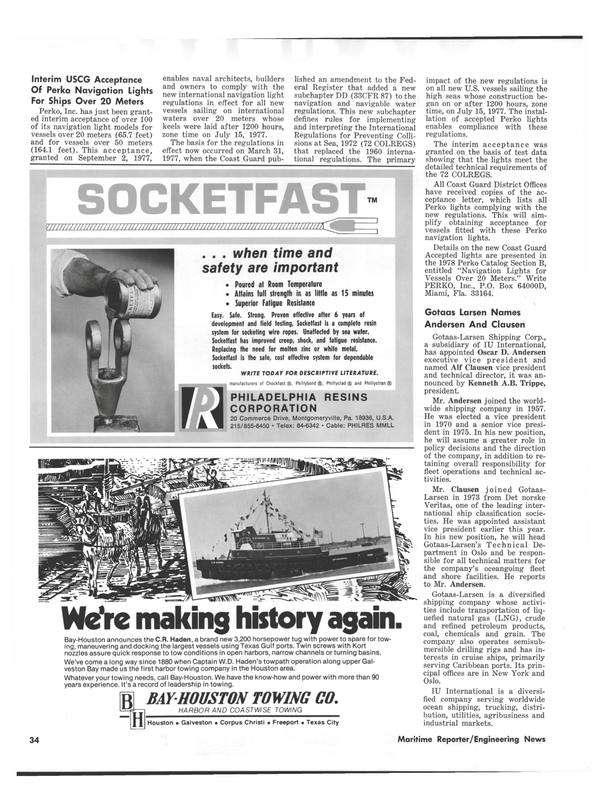