Hong Kong will soon be able to offer some of the world's most up-to-date ship repair facilities, according to Jack Barrass of Hongkong United Dockyards.

The facilities will incorporate a giant HK$40-million floating drydock which was constructed in Sasebo, Japan. According to Mr.

Barrass, who supervised the construction, the 220-meter dock (approximately 722 feet) will be able to handle vessels up to 70,000 deadweight tons, which are the largest-sized ships that can traverse the Panama Canal, and even giant containerships for repair, conversion and maintenance work. The new dock, which was towed from Japan, arrived in Hong Kong last month. It was moored at HUD's new yard at Tsing Yi Island, being secured by 24 mooring cables of 88 mm diameter attached to 24-140 ton anchors.

The giant dock was towed in one piece to Hong Kong, and on arrival was taken to HUD's Taikoo yard for the fitting of cranes —one of 50 tons and one of 15 tons, and other ancillary equipment.

According to Mr. Barrass, HUD decided on a floating dock due to its adaptability—the dock is movable as well as being unaffected by tides. The dock will be remote controlled from a control house on the top deck.

The floating dock is part of the new dockyard complex being built for a sum of HK$250 million on Tsing Yi Island. The complex, covering approximately 186,050 square meters (2 million square feet) of land and seabed, will be completed by the early 1980s, with the $250-million phase I of the development allowing the first ships to dock in the spring of 1978. 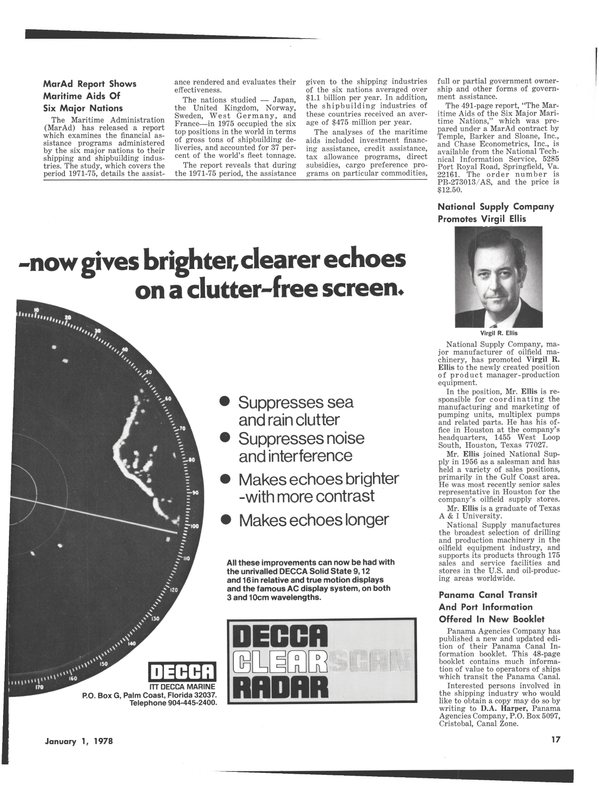