For the past five years, Mr.

Ennis was assigned to the company's offshore construction and pipelaying operations in the North Sea. He was North Sea area manager in Leith, Scotland, since September 1976.

In his new assignment, Mr.

Ennis will have responsibility for all Santa Fe c o n s t r u c t i o n and pipelaying vessels in both the North Sea and the Gulf of Mexico, including the reel ship Apache currently under construction in Galveston, Texas. He will continue to report to Ben B. Creel, senior vice president and general manager of marine construction.

Mr. Ennis is a 1959 civil engineering graduate of Texas Technological College, and worked for a major oil company on the U.S.

Ennis as area manager in the North Sea. 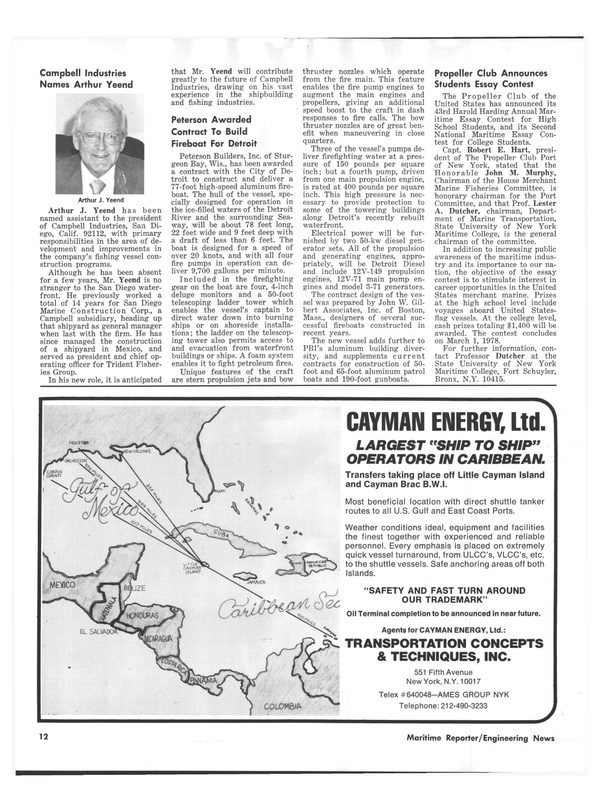