The term parcel tanker has no precise meaning, but it is frequently applied to highly specialized ships designed to carry highly specialized liquid cargoes (which often have severe hazards as regards toxicity, corrosiveness, inflammability, or a combination of these, or which must be kept free from all contamination) in relatively small cargo lots, perhaps with a minimum of some 500 tons. In Study Number 58, a rather more liberal interpretation of the term parcel tanker has been adopted, and all tankers of a greater sophistication than a conventional refined products carrier, and their cargoes, have been included, subject to a minimum size of 10,000 dwt. The minimum size enables the analysis to concentrate on inter-regional deepsea trades. In many ways, this is the most fascinating sector of the tanker market, containing not only relatively simple ships, but also those embodying the most advanced technology for transporting and handling bulk liquid cargoes. However, there is increasing pressure for international standards to be applied to the transportation of all dangerous liquids by sea, and this pressure is having a profound influence on the design and operation of parcel tankers.

After introducing the concept of the parcel tanker and explaining the nature of some of the legislative/regulatory pressures on the owners and operators of these ships, the study moves on to identify cargo types and to analyze the main inter-regional movements of chemicals, solvents and vegetable oil cargoes on a matrix basis for the years 1973 and 1975. A comprehensive fleet analysis follows (by ship type, size, age and major operator) which allows comparisons to be made between the balance of supply and demand of ships for the historical years analyzed.

Finally, some projections are made of the likely developments in the chemical trades up to the early 1980s and of the potential future supply / demand balance for parcel tankers. 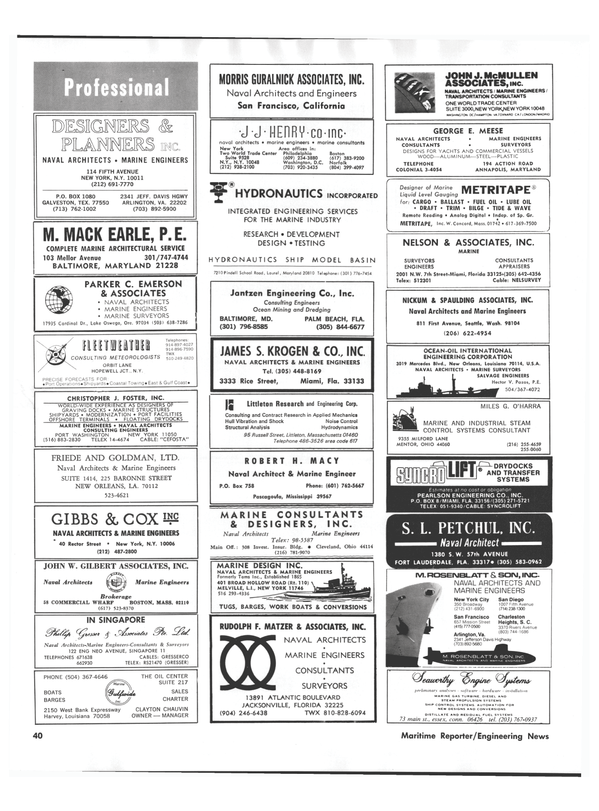