Two of the three barges were built at Equitable Shipyards in Madisonville, La., and one was built at its New Orleans shipyard.

The delivery of the three barges, Marmac 1, Marmac 2, and Marmac 3, to McDonough Marine Service marks the beginning of a major expansion of the company's service to the maritime industry. The company owns a large fleet of inland, coastal and ocean barges. The new and large vessels being built by Equitable Shipyards will expand the operational capabilities in most of the oil and gas exploration and producing areas of the world, including the North Sea, the Arabian Gulf and Africa.

The primary business of McDonough Marine is the leasing of barges for a variety of operations within the inland and offshore marine industries. The company, founded in 1946, owns its fleet and is engaged in both domestic and foreign operations. Operation offices for the company are in New Orleans; the home office is in Parkersburg, W. Va., and the firm has branch offices in Houston, Texas.

of Dallas, Texas, a manufacturer of industrial marine and structural metal products. 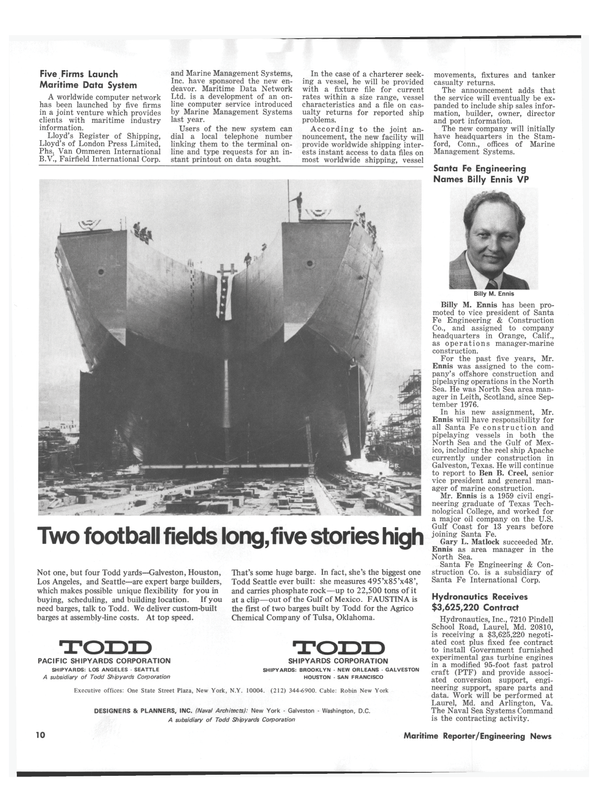