The Long Beach-Greater Los Angeles Section of the American Society of Naval Engineers, Inc. held its November meeting at the Ports O'Call Restaurant, overlooking the Los Angeles Harbor in San Pedro. Following dinner, Philip Finkelstein, chairman of the Section, started the business and technical session of the program. The business portion was promptly consummated and chairman Finkelstein called on Rear Adm. John H.

Pedersen, USNR, program chairman, to introduce the speaker for the evening. Following his introduction, William L. Shumate, supervisor of safety and training, the Union Oil Co., gave a very interesting and informative insight from a somewhat unusual observation perspective regarding the disaster that befell the S/S Sansinena.

The tanker Sansinena was under charter to the Union Oil Co. and had completed discharging her cargo at the deepwater terminal of the Union Oil Co. in San Pedro Bay when an explosion occurred that literally blew the ship apart.

Mr. Shumate was called immediately and within a very few minutes of the blast was on the site in his capacity of safety supervisor.

He gave a first-hand view both orally and pictorially of the effects of the tremendous explosion in a rather informal presentation that started by his telling of the safety inspection that he had conducted in company with the cognizant port authorities just a few days prior to the disaster.

The word pictures Mr. Shumate related were given in a very informal and yet extremely professional manner without making any conclusion or assessments as to the cause or responsibility for the disaster. The informality of his presentation prompted considerable audience participation in both questions and comments and increased the educational as well as the entertainment value of the subject immeasurably.

The January meeting will be held jointly with the Marine Technology Society and The Society of Naval Architects and Marine Engineers, and will be hosted by MTS. 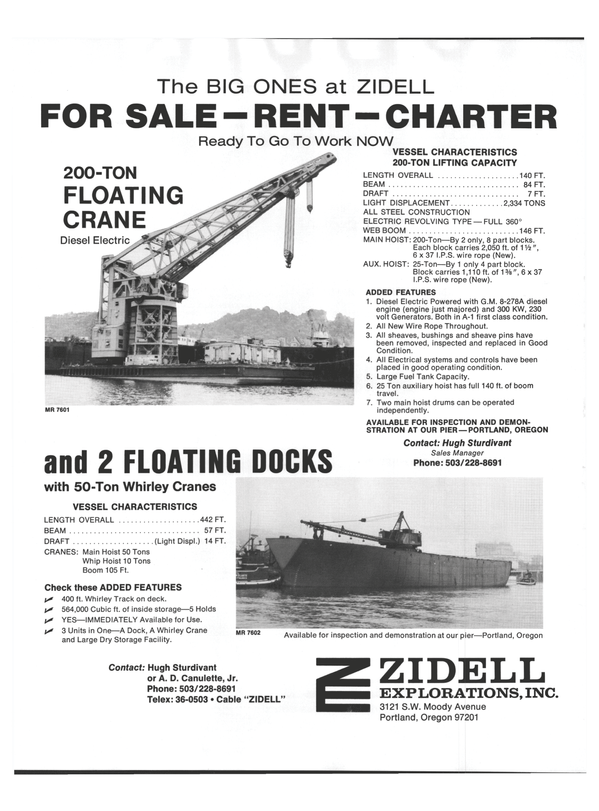