Negotiations between the People's Republic of China and the National Supply Company, division of Armco Steel Corporation, Houston, Texas, have been completed for the sale of two offshore oil production platforms valued at more than $15 million, it was announced by Ted Rogers, National Supply president.

Negotiations between PRC and National Supply have been underway for several months.

The contract calls for delivery of two offshore drilling and production platforms designed for drilling depths of up to 20,000 feet. The first rig, scheduled for delivery in the summer of 1978, will be shipped in modules.

A technical team from National Supply will supervise final assembly.

The Chinese will build modules for the second rig, and also will assume the task of assembling equipment into the modules for final mounting.

Additional contracts for parts and supplies are currently under discussion, and Chinese technicians will travel to Houston to observe assembly of the equipment modules for the first rig.

National Supply first became aware of the Chinese interest in the rigs following a company technical presentation made in June 1977, when the Chinese submitted an inquiry on the units.

National Supply is one of the world's largest manufacturers of oilfield drilling and production equipment, with major installations in Texas, California, Pennsylvania and Great Britain. 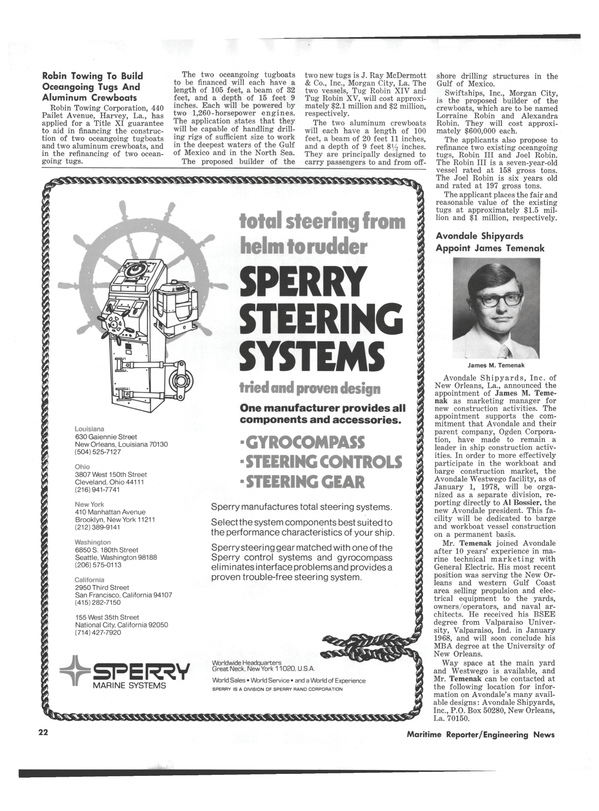