The citation, which was awarded at the recent Navy League Convention in Washington, D.C., reads as follows: "For his personal and direct contribution to the Coast Guard in providing exceptional coordination with the international maritime community in Puerto Rico.

Capt. Crocco has worked closely with the various Commanders of the USCG Section, Greater Antilles since 1937 as well as with the various OCMI's, COTP's and of late the newly established MSO San Juan. Spurred by his keen sense of public spirit and high patriotic ideals, Capt. Crocco has exercised unselfish leadership in promoting friendly relations, mutual respect and a sense of cooperation between the various Federal and Commonwealth of Puerto Rico government agencies and the international maritime shipping community. He has supported the aims of the Coast Guard, assisting frequently with his time and personal resources to insure that appropriate CG officers were widely introduced to government and maritime industry officials. He has maintained a continuous liaison with the Coast Guard to assist in keeping the Greater Antilles Section Commander well informed regarding maritime industry affairs and problems. He has provided technical assistance to CG ships undergoing shipyard work, made available company equipment for emergencies when asked and has provided helpful information to OCMI and MSO personnel during vessel inspections.

His genuine personal friendship has been of enormous help in fostering good community relations and in helping many Coast Guardsmen and their families establish themselves in the local area. As a member of the Navy League of the United States, Capt.

Crocco has been an outspoken advocate of securing our Nation's defense with the maintenance of a strong Navy, Marine Corps, Coast Guard and Merchant Marine as a cornerstone.

"In appreciation of Capt. Crocco's many services and for his continuing loyal friendship, this citation is awarded with the highest esteem and heartiest thanks of the United States Coast Guard." 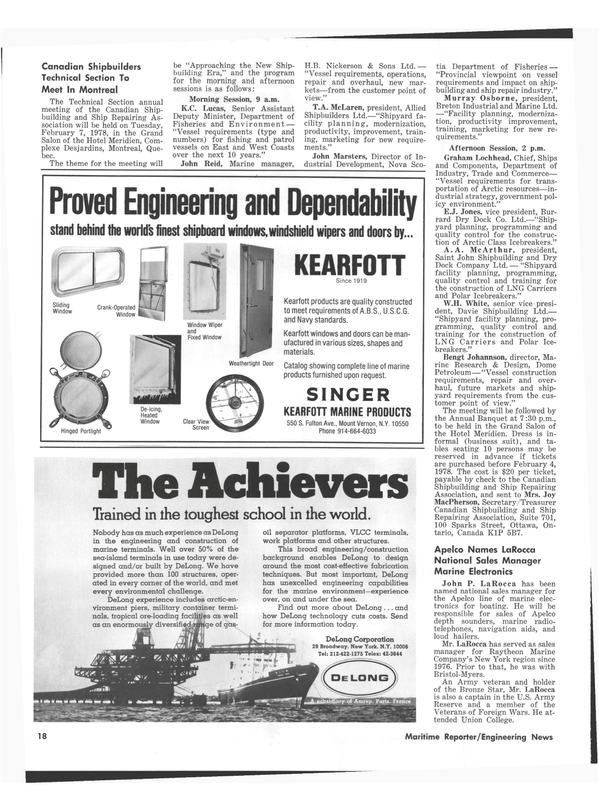