The Sister Port pact pledges mutual efforts to promote the flow of trade goods between the two ports, explained Y. Charles Soda, president of the Oakland Board of Port Commissioners. It grew out of a visit to Korea last June by a Port of Oakland trade delegation.

In 1976, through the Bay Area —and primarily through the Port of Oakland—the Republic of Korea exported nearly $200 million worth of trade goods and imported U.S. products valued at some $300 million, noted Consul General Shin.

In 1977, that balance sheet should mount to $700 million, he added — making the Sister Port pact executed between Oakland and Inchon (gateway to the capital city of Seoul) "most timely and s i g n i f i c a n t as a way to strengthen and further friendship and understanding between our two peoples." The Korean officials paid a courtesy call on Oakland Mayor Lionel Wilson, toured the city, inspected modern container facilities at the Port of Oakland, and were honored at a reception and dinner with steamship line officials, terminal operators, and shippers. 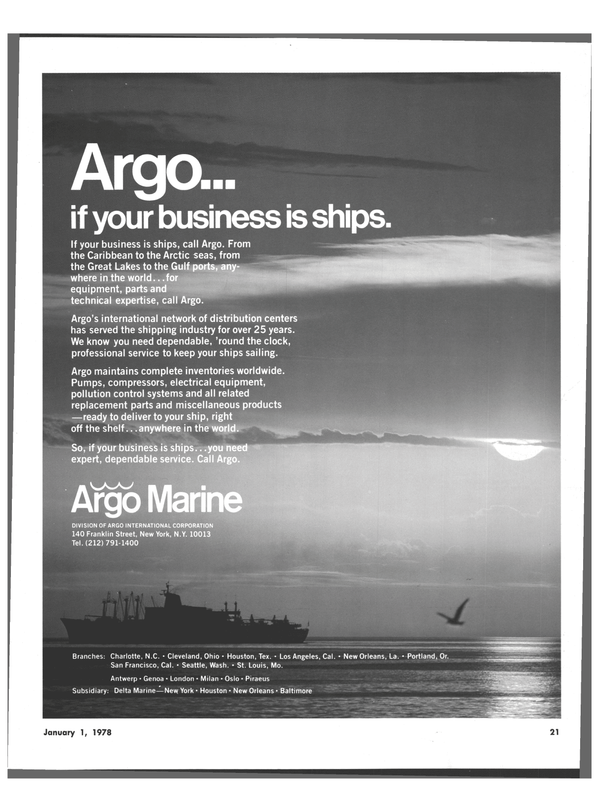