Ratsey and Lapthorn Inc., sailmakers since 1790, and Syner-Tech Inc., suppliers of rigging and control mechanisms, have announced the availability of sails and their related controls and rigging for commercial vessels of various sizes and uses. Both David Vietor, president of Ratsey and Lapthorn, and William L. Banks Jr., president of Syner-Tech, said that their systems can be used on existing vessels on a retrofit basis as well as vessels for new construction.

Colin E. Ratsey, chairman of the board of Ratsey and Lapthorn, and Mr. Banks had recently been involved with the installation and use of Ratsey's large sail (over 6,500 square feet, the world's largest) of the Rowans Company's jackup oil rig, which showed a significant fuel savings during a tow from the U.S. Gulf Coast to Halifax, Canada. Preliminary studies show that vessels could realize as much as a 30 percent fuel savings with a sail system used in conjunction with the existing main propulsion.

Both companies have indicated that systems can be prepared for vessels from under 100 feet long to medium-size vessels (approximately 70,000 dwt). 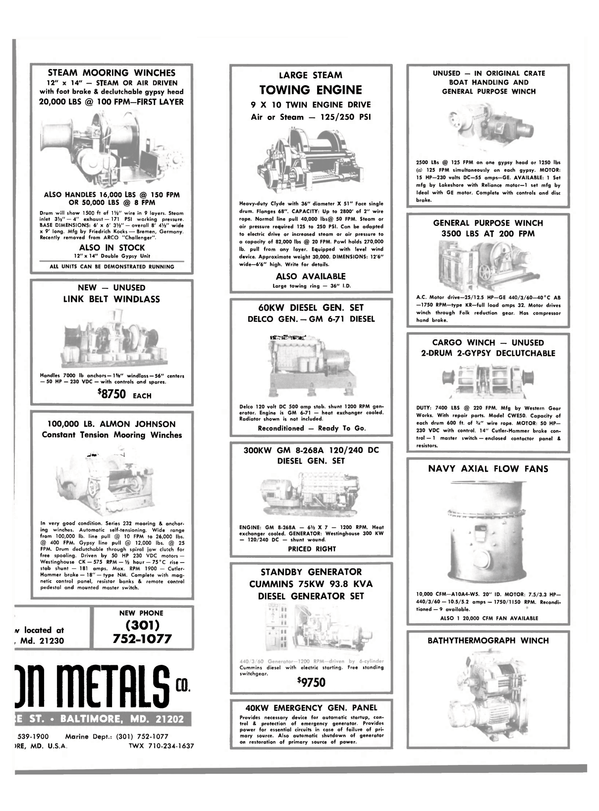