Ocean 210 (shown above), a 200,000-barrel petroleum barge, was launched recently at the Galveston S h i p b u i l d i n g Company yard in Galveston, Texas. The 25,000-dwt barge, under construction for Interstate and Ocean Transport Company (IOT), will be employed in the U.S. coastal transportation of petroleum products.

With dimensions of 511 feet by 84 feet and a depth of 37 feet, the Ocean 210 is equipped with six cargo tanks that are divided into four cargo systems, each with a deepwell pump. The barge is also fitted with a cargo heating system to enable the carrying of cargoes such as No. 6 oil as well as clean petroleum products. The barge will be powered by a twinscrew 6,000-bhp tug that is similar to nine other tugs in the Interstate fleet. The tug/barge unit is fitted with a deep notch and patented Stinger system for improved maneuverability and fuel efficiency. Like other recently built Interstate tugs, this tug will be fitted with the latest in e l e c t r o n i c communications and navigations equipment, including collision-avoidance radar.

The Ocean 210 is one of two 200,000-barrel barges currently under construction for Interstate. 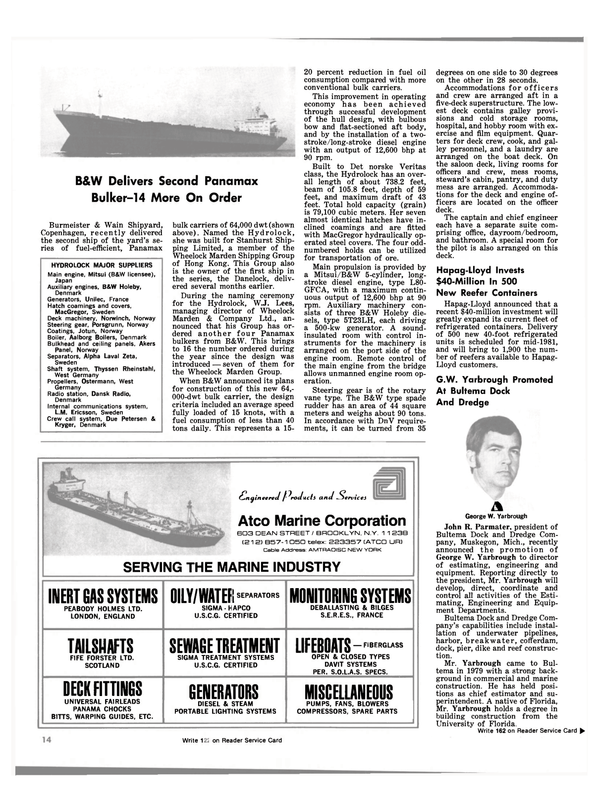