The first shipping line totallyowned by Saudi Arabia became a reality recently following formal acceptance of the first cargo vessel by the newly established Saudi National Shipping Company. The 23,000-gt Saudi Riyadh, a RO/ RO-containership, is the first of seven similar vessels S.N.S.C. expects to be operating in the near future.

Al-Turki said the firm has also purchased the Ryadh's sister ship, renamed Saudi Mecca, which will be claimed in Bremen within a month. Still another similar vessel will be chartered shortly. Bids for construction of four larger R O / R O - c o n t a i n e r s h i p s will be opened in the near future.

The company hopes to capture a major share of the United States-Saudi shipping trade, including all of the constructionbooming country's contract cargo.

S.N.S.C. is 25-percent owned by the Saudi Government. Other principals include a large cross section of leading Saudi business interests (30 percent), with the remainder owned by 13,600 Saudi shareholders. 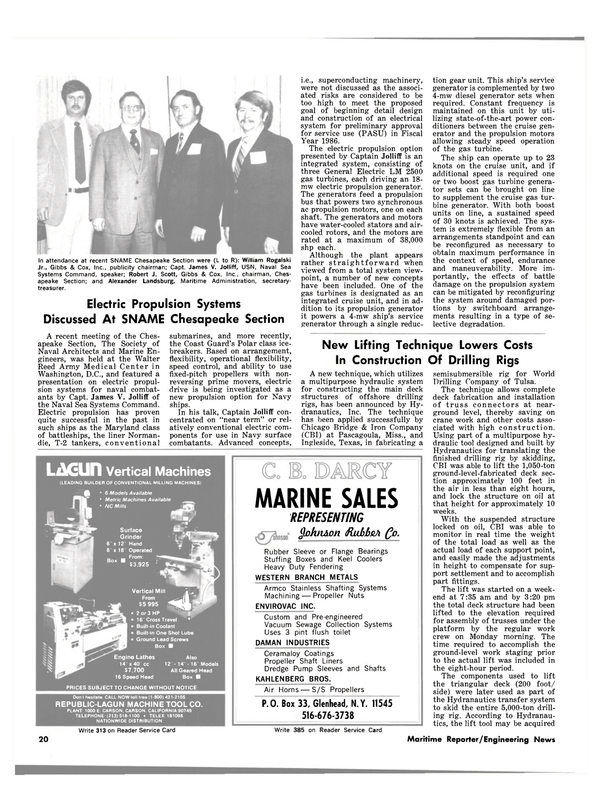