Sun Ship, Inc. of Chester, Pa., began a new era of ship repair and conversion business with a recent "reverse launch," as a 700- foot ship was inched carefully out of the water onto dry land. The procedure took about six hours as hydraulic devices moved Matson's RO/ RO ship Lurline (shown above) onto a slab at the rate of 3 feet per minute.

Designed and built as a trailership by Sun Ship in 1973, the Lurline is being lengthened 126]2 feet by insertion of a new midbody, and the forward roll-on/roll-off area is being converted to container holds, which will more than double the vessel's present cargo-carrying capacity. Ordinarily, the ship would be kept in the water or drydock, but such major structural work on land is much more efficient and less costly because of easy access and less need for complicated equipment.

Work on the conversion of the 13,860- deadweight-ton Lurline began in November 1980 and will be completed by December 1981. The ship is now being separated and the bow moved forward 127 feet so the midbody can be erected between the sections. 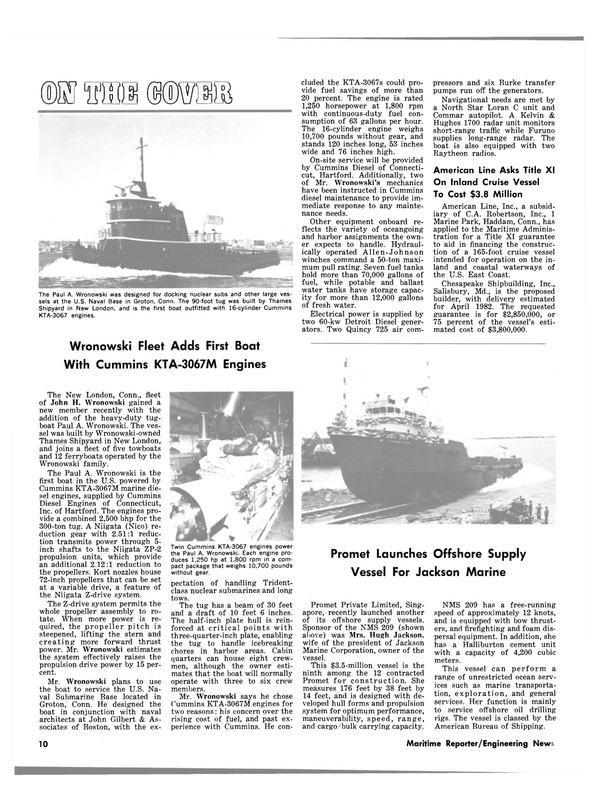