This was a key finding of a 12- month study released recently by the Maritime Administration.

The study, "Wind Propulsion for Ships of the American Merchant Marine," was prepared by Wind Ship Development Corporation of Norwell, Mass., under a MarAd contract. It was prompted by the escalation of ships' fuel prices, which have multiplied by 15-fold during the past decade and are now the largest component of a ship's operating costs.

Sail-assisted vessels in small to medium-size ranges—of 2,000 to 40,000-dwt cargo capacity— could achieve fuel savings of 15 to 25 percent compared with conventionally powered ships, according to the study. The type of sail found to have the greatest economic potential is the wing sail rig or rigid airfoil. Resembling rectangular aircraft wings placed in upright position on a ship's deck, the wing sails can be rotated 360 degrees to obtain the best wind angle, These airfoil sails would be made of metal rather than cloth, and their operation could be automated and remotely controlled. 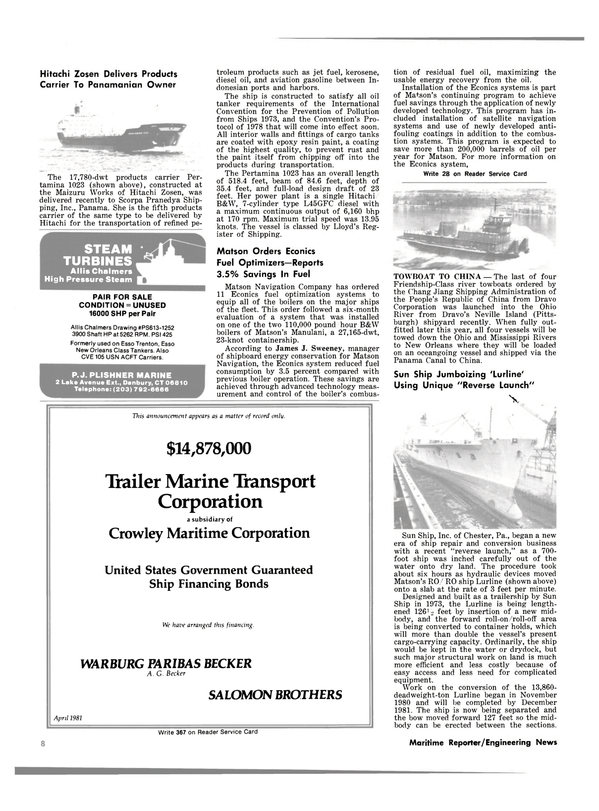