The New London, Conn., fleet of John H. Wronowski gained a new member recently with the addition of the heavy-duty tugboat Paul A. Wronowski. The vessel was built by Wronowski-owned Thames Shipyard in New London, and joins a fleet of five towboats and 12 ferryboats operated by the Wronowski family.

The Paul A. Wronowski is the first boat in the U.S. powered by Cummins KTA-3067M marine diesel engines, supplied by Cummins Diesel Engines of Connecticut, Inc. of Hartford. The engines provide a combined 2,500 bhp for the 300-ton tug. A Niigata (Nico) reduction gear with 2.51:1 reduction transmits power through 5- inch shafts to the Niigata ZP-2 propulsion units, which provide an additional 2.12:1 reduction to the propellers. Kort nozzles house 72-inch propellers that can be set at a variable drive, a feature of the Niigata Z-drive system.

The Z-drive system permits the whole propeller assembly to rotate.

Mr. Wronowski plans to use the boat to service the U.S. Naval Submarine Base located in Groton, Conn. He designed the boat in conjunction with naval architects at John Gilbert & Associates of Boston, with the ex- pectation of handling Tridentclass nuclear submarines and long tows.

The half-inch plate hull is reinforced at c r i t i c a l p o i n t s with three-quarter-inch plate, enabling the tug to handle icebreaking chores in harbor areas. Cabin quarters can house eight crewmen, although the owner estimates that the boat will normally operate with three to six crew members.

Mr. Wronowski says he chose Cummins KTA-3067M engines for two reasons: his concern over the rising cost of fuel, and past experience with Cummins. He con- eluded the KTA-3067s could provide fuel savings of more than 20 percent. The engine is rated 1,250 horsepower at 1,800 rpm with continuous-duty fuel consumption of 63 gallons per hour.

On-site service will be provided by Cummins Diesel of Connecticut, Hartford. Additionally, two of Mr. Wronowski's mechanics have been instructed in Cummins diesel maintenance to provide immediate response to any maintenance needs. 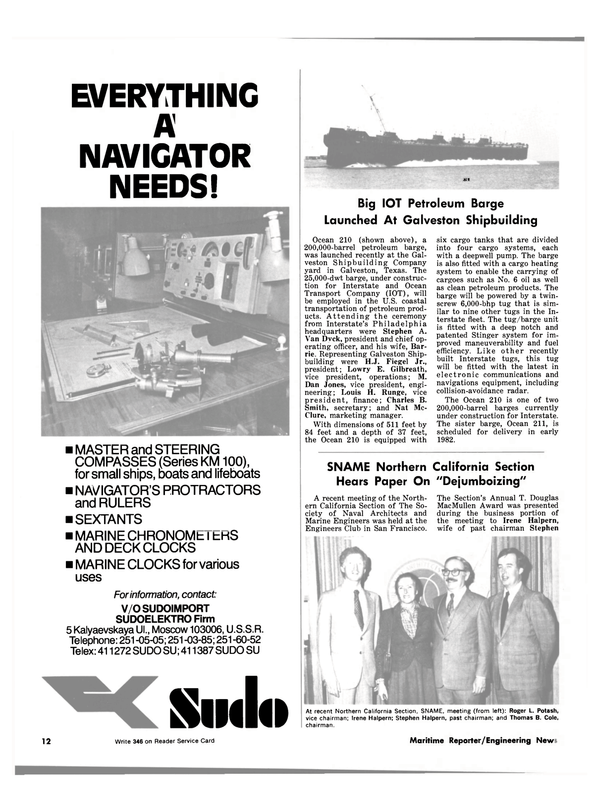