Hagen's responsibilities will be primarily in the area of ship hydrodynamics and ship motions.

Mr. Hagen is a graduate of the University of Michigan, where he earned BSE degrees in naval architecture and marine engineering, and in civil engineering. He has 38 years of experience as a naval architect, the last 36 at the David W. Taylor Naval Ship Research and Development Center where he reached the position of head, Ship Dynamics Division. 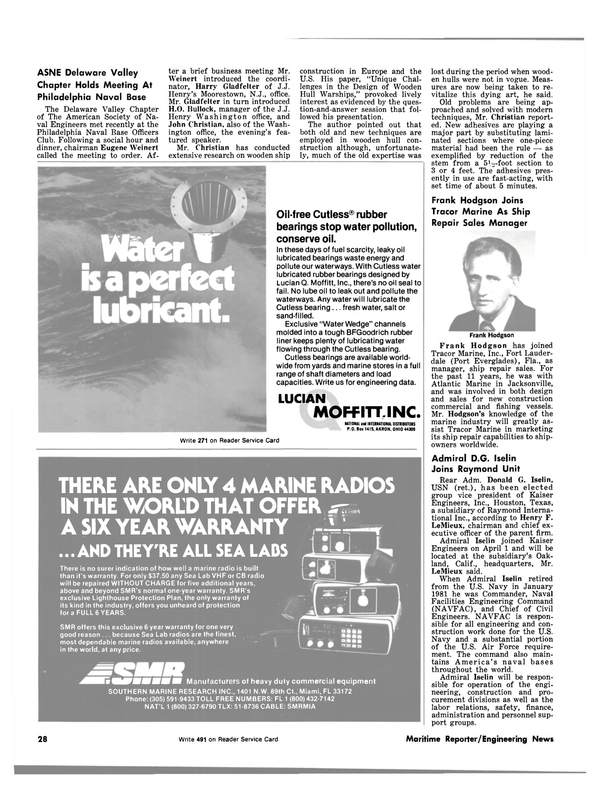