A recent meeting of the Chesapeake Section, The Society of Naval Architects and Marine Engineers, was held at the Walter Reed Army Medical Center in Washington, D.C., and featured a presentation on electric propulsion systems for naval combatants by Capt. James V. Jolliff of the Naval Sea Systems Command.

Electric propulsion has proven quite successful in the past in such ships as the Maryland class of battleships, the liner Normandie, T-2 tankers, c o n v e n t i o n al submarines, and more recently, the Coast Guard's Polar class icebreakers.

Based on arrangement, flexibility, operational flexibility, speed control, and ability to use fixed-pitch propellers with nonreversing prime movers, electric drive is being investigated as a new propulsion option for Navy ships.

In his talk, Captain Jolliff concentrated on "near term" or relatively conventional electric components for use in Navy surface combatants. Advanced concepts, i.e., superconducting machinery, were not discussed as the associated risks are considered to be too high to meet the proposed goal of beginning detail design and construction of an electrical system for preliminary approval for service use (PASU) in Fiscal Year 1986.

The generators feed a propulsion bus that powers two synchronous ac propulsion motors, one on each shaft. The generators and motors have water-cooled stators and aircooled rotors, and the motors are rated at a maximum of 38,000 shp each.

Although the plant appears rather s t r a i g h t f o r w a r d when viewed from a total system viewpoint, a number of new concepts have been included. One of the gas turbines is designated as an integrated cruise unit, and in addition to its propulsion generator it powers a 4-mw ship's service generator through a single reduction gear unit. This ship's service generator is complemented by two 4-mw diesel generator sets when required. Constant frequency is maintained on this unit by utilizing state-of-the-art power conditioners between the cruise generator and the propulsion motors allowing steady speed operation of the gas turbine.

The ship can operate up to 23 knots on the cruise unit, and if additional speed is required one or two boost gas turbine generator sets can be brought on line to supplement the cruise gas turbine generator. With both boost units on line, a sustained speed of 30 knots is achieved. The system is extremely flexible from an arrangements standpoint and can be reconfigured as necessary to obtain maximum performance in the context of speed, endurance and maneuverability. More importantly, the effects of battle damage on the propulsion system can be mitigated by reconfiguring the system around damaged portions by switchboard arrangements resulting in a type of selective degradation. 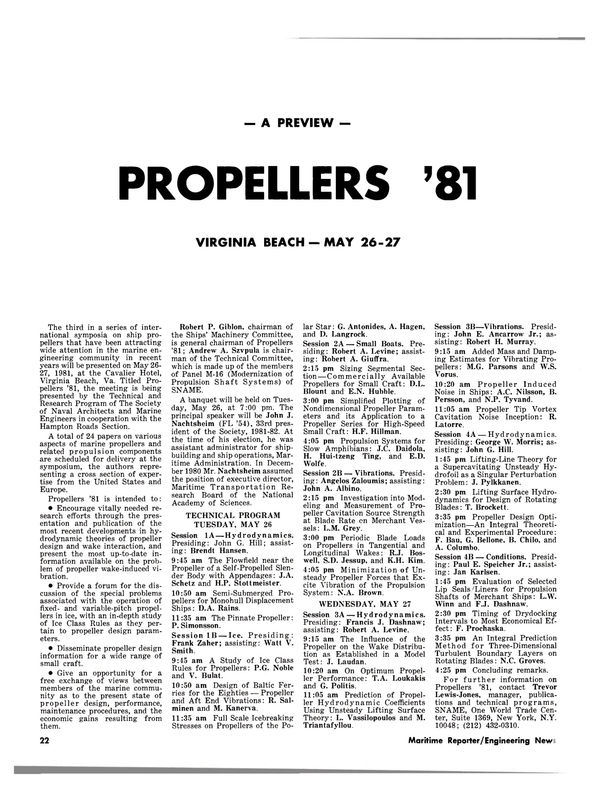