The Delaware Valley Chapter of The American Society of Naval Engineers met recently at the Philadelphia Naval Base Officers Club. Following a social hour and dinner, chairman Eugene Weinert called the meeting to order. After a brief business meeting Mr.

Mr. Christian has conducted extensive research on wooden ship construction in Europe and the U.S. His paper, "Unique Challenges in the Design of Wooden Hull Warships," provoked lively interest as evidenced by the question- and-answer session that followed his presentation.

The author pointed out that both old and new techniques are employed in wooden hull construction although, unfortunately, much of the old expertise was lost during the period when wooden hulls were not in vogue. Measures are now being taken to revitalize this dying art, he said.

Old problems are being approached and solved with modern techniques, Mr. Christian reported.

New adhesives are playing a major part by substituting laminated sections where one-piece material had been the rule — as exemplified by reduction of the stem from a SV^-foot section to 3 or 4 feet. The adhesives presently in use are fast-acting, with set time of about 5 minutes. 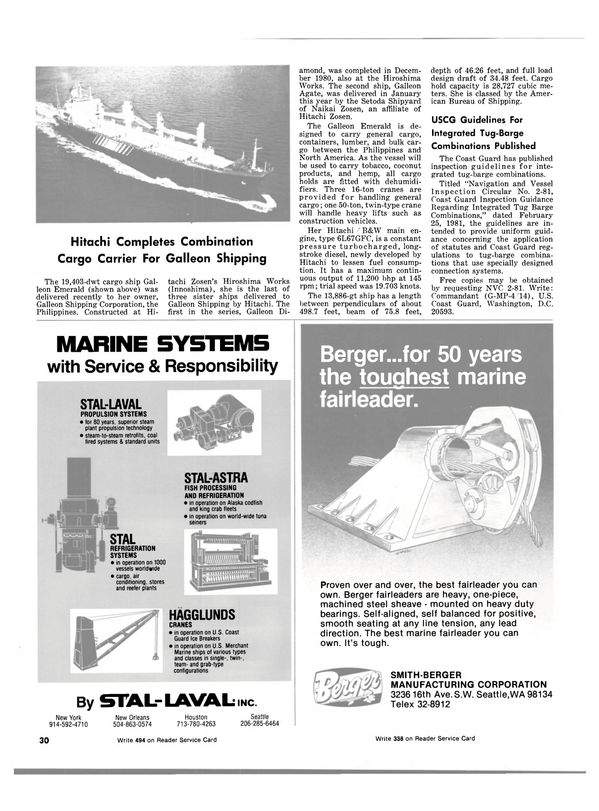