A $247-million c o n t r a c t for three FFG-7 class guided-missile frigates (FFG-50, 53, 55) has been awarded by the U.S. Navy to Bath Iron Works, raising the shipyard's business backlog to the highest level in its 97-year history.

The Navy also awarded the company a $326,573 study contract for its next generation destroyer, still in the conceptual p h a s e under the designation DDG-X, to recommend ways to improve the producibility of the ship when it enters construction.

The Bath, Maine, s h i p y a r d, which is a Congoleum company, now has a record backlog of $909,615,000, including 14 guidedmissile frigates, two commercial tankers, a dredge ship, and a sugar barge, plus overhaul projects.

"The fact that we achieved such a backlog when the shipbuilding industry in this country and abroad is severely depressed is a tribute to our excellent managers and workers," said John F.

Sullivan Jr., chairman and chief executive officer of the shipyard.

"By consistently delivering ships ahead of schedule and below contract cost, they've proved themselves as the premier shipbuilders of the United States," he added.

The shipyard has won international renown for early, belowbudget deliveries of quality naval and merchant ships. On the guided- missile frigate program alone, since delivering the prototype of the class in 1977, it has produced six more of the ships cumulatively 80 weeks ahead of schedule— more than V/2 years — and approximately $37 million under budget. 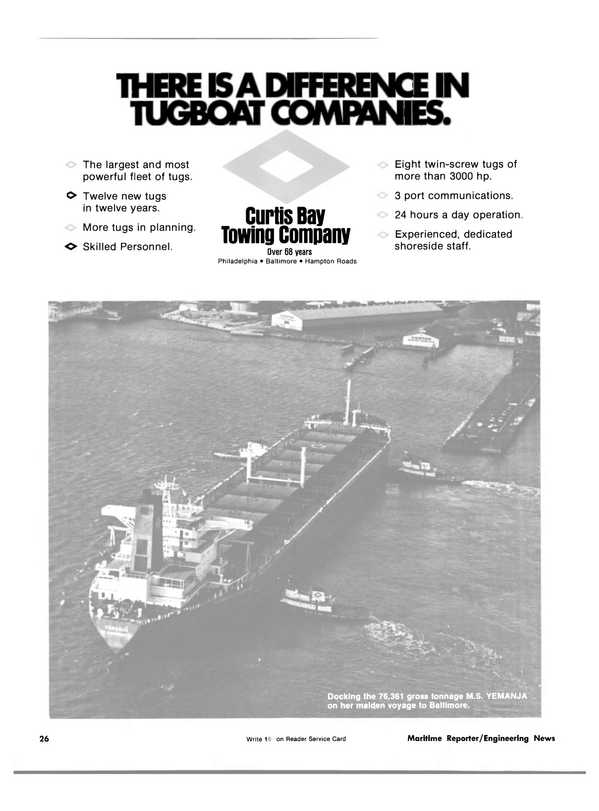