Spokesman for Ryan-Walsh say they expect to handle some 1.75 million tons of coal at the facility during the first year of the contract, with tonnages rising to the 3.5-million level by the fifth year. Their contract contains renewal options for additional years.

At present coal is moving through New Orleans by midstream transfer, a technique practiced by Ryan-Walsh and other stevedoring firms in which floating derricks are used to transfer coal from barge to vessels anchored in the Mississippi River.

Under this system, ships do not have to experience weeks of waiting to get to congested berths, saving shippers demurrage that is adding millions of dollars a year to the cost of coal shipments.

Coal is the fastest-growing cargo on the Gulf, say industry spokesmen, turning south because of Atlantic Coast congestion, and will be a major cargo in New Orleans, Mobile, Alabama, and possibly a few other Gulf ports for many years. Inquiries about the bulk terminal may be made to Ryan-Walsh through its New Orleans office at (504) 586-0400, or its corporate headquarters in Mobile at (205) 438-4771 or (800) 633-6758. 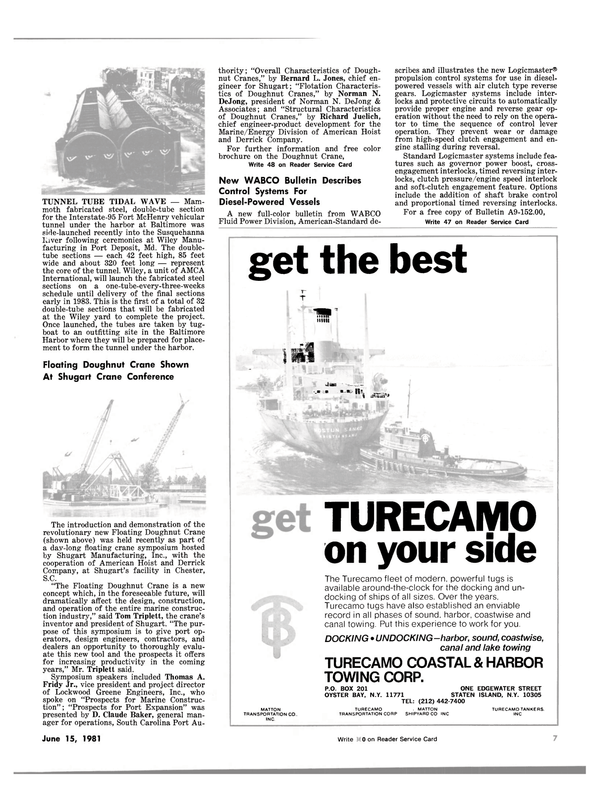