Following a recent board of directors meeting, J.T. Gilbride, chairman and chief executive officer of Todd Shipyards Corporation, announced that on July 15, 1981, Hans K. Schaefer will assume the presidency of the corporation, succeeding Arthur W.

He joined Todd in 1968 and has served in increasingly important positions in ship construction in New York, Seattle, and Los Angeles.

Mr. Gilbride stated that while it was Mr. Stout's desire to spend more time attending to personal matters, he would remain a member of the board of directors, and his experience and expertise would be available for valuable a s s i s t a n c e on many corporate matters.

Mr. Schaefer has had a distinguished career in shipbuilding.

Born in Hamburg, Germany, he served his apprenticeship at the Howaldtswerke-Deutsche Werft Shipyard in Hamburg, attending the Marine Engineering College concurrently, and in 1955 was awarded a degree in marine engineering.

Emigrating to Canada in 1956, he worked successively at the Davie Shipbuilding Company, Quebec, Saint John Shipbuilding and Dry Dock Company, New Brunswick, and Canadian Vickers Ltd. in Montreal. In each he progressed to more responsible positions and at the same time continued his studies in naval architecture, applied electronics, and business management.

Schaefer's promotion is consistent with the corporation's plans to advance proven young managers to senior positions to provide long-term stable executive continuity. He, along with four incumbents, will be offered as management candidates for the board of directors at the annual meeting of shareholders to be held July 15. 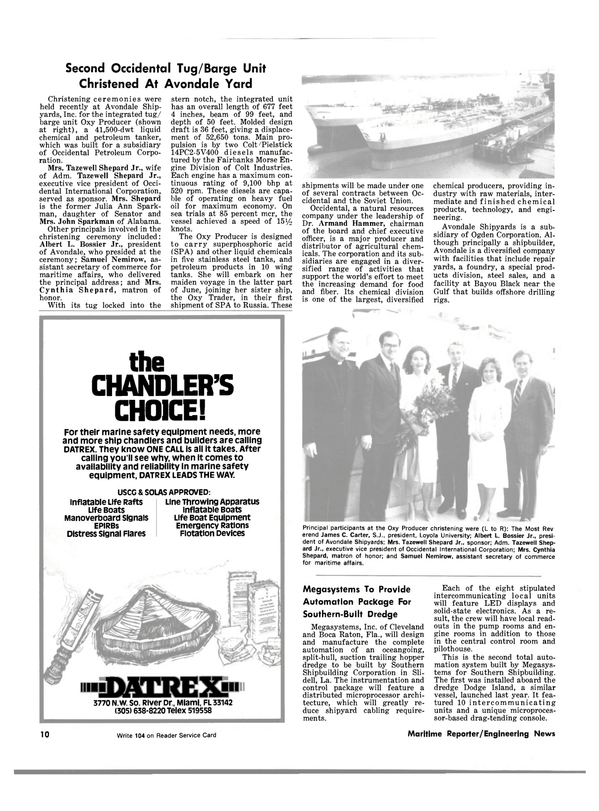