The first coal-fired ship to be built in the United States in modern maritime history will be powered by a General Electric Company 12,000-shp geared marine steam turbine.

It is the second order for coalfired propulsion equipment received recently by General Electric (Lynn, Mass.).

The ship, which will haul 30,000 short tons of coal between Hampton Roads, Va., and New England Power Company electric generating plants at Brayton Place, R.I., and Salem, Mass., has been ordered by a company owned jointly by New England Power and Keystone Shipping Company.

The vessel will be built by General Dynamics at its Quincy, Mass., shipyard. The ship is expected to go into service in 1983.

Raymond J. Walsh, manager of marine sales at General Electric's Industrial and Marine Steam Turbine Division, said the orders reflect a renewed interest in coalfired ships for hauling not only coal but all bulk materials. 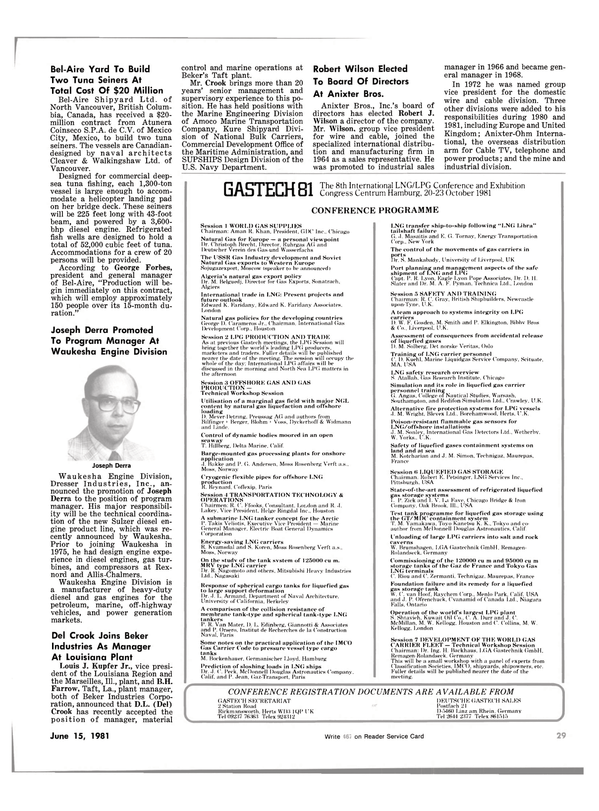