During a recent ceremony, Rear Adm. Robert S. Lucas turned the command of the yard over to Captain Roberts. Admiral Lucas had served as commanding officer since June 1980. He is being transferred to Coast Guard Headquarters in Washington, D.C., where he will be assigned as chief, office of engineering. 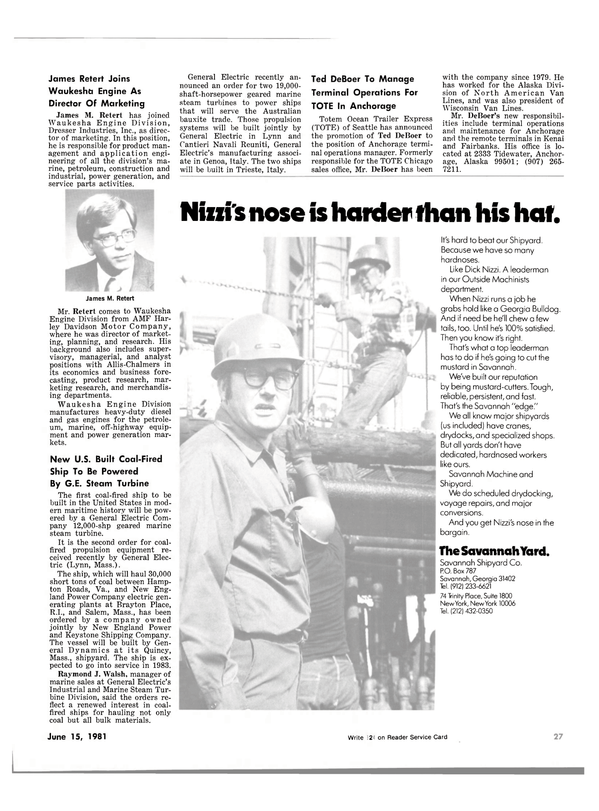