Designed for commercial deepsea tuna fishing, each 1,300-ton vessel is large enough to accommodate a helicopter landing pad on her bridge deck. These seiners will be 225 feet long with 43-foot beam, and powered by a 3,600- bhp diesel engine. Refrigerated fish wells are designed to hold a total of 52,000 cubic feet of tuna.

Accommodations for a crew of 20 persons will be provided.

According to George Forbes, president and general manager of Bel-Aire, "Production will begin immediately on this contract, which will employ approximately 150 people over its 15-month duration." 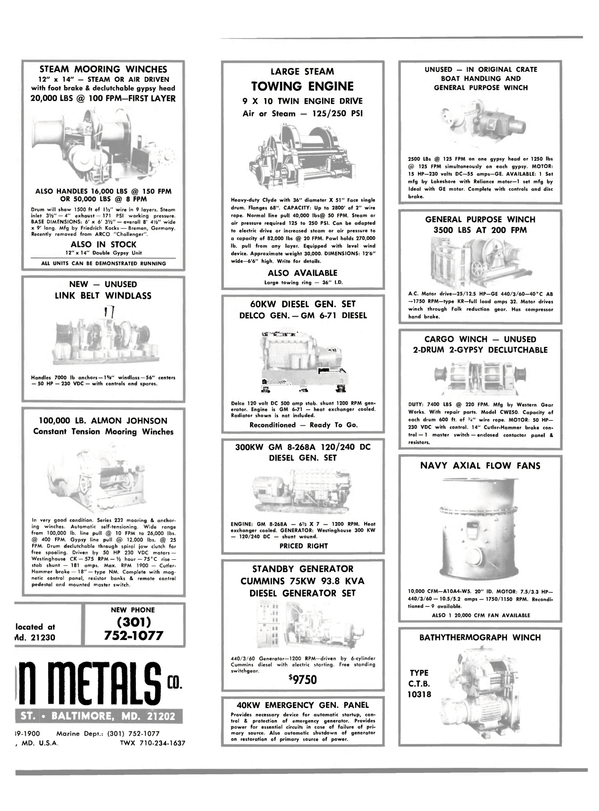