Each has made a major contribution to Levingston's continued successful growth.

Ed Paden, president and chief executive officer of the parent company, announced the change as part of an overall restructuring designed to keep the operating units small enough so that the individual worker can retain his sense of identity and personal value in the company.

He joined Levingston in 1948 and over the years worked in virtually all of the departments of the yard as timekeeper, estimator, buyer, cost accountant, controller, manager of planning and estimating, vice presidentcontract administration, vice president of Commercial Ships Division, and currently as vice president of shipyard operations.

Levingston Marine, headed by Mr. Wise, will be dedicated to the provision of all types of engineering services to both commercial, offshore, and naval shipbuilding activities.

Mr. Covington has been vice president of the Marine Products Division of Levingston for the past year and a half. The Texas G u l f p o r t Shipbuilding Company that he now heads consists of three entities including Texas Gulfport located in Port Arthur, the Industrial Products Division at Woodville, Texas, and the Levingston Armadillo Plant at Tyler, Texas. 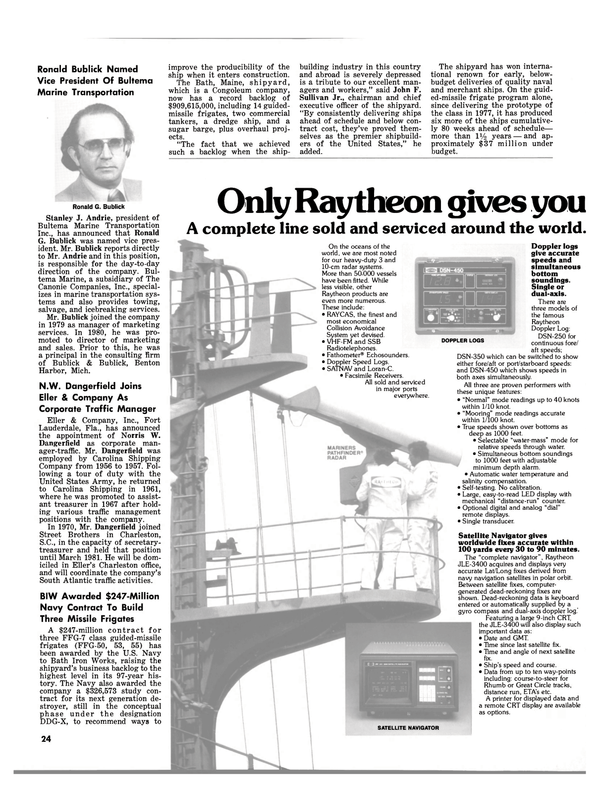