David H. Green, president and chief executive officer of Savannah Shipyard Company, has announced that Vincent J. Ferraro Jr. has been elected vice president- estimating for the Savannah, Ga., company and continues with his present duties and responsibilities as chief estimator.

He is responsible for the Estimating Department, which encompasses ship repair, conversion, and industrial repairs.

Mr. Ferraro joined Savannah Shipyard as a full-time employee in 1956 when he was assigned to the Engineering Department. Prior to that he had worked in the Machinist Department during the summers while attending college.

In 1958, he was transferred to the Production Department where he was assigned as a ship supervisor.

Ferraro began training in the Estimating Department in 1961. He was later promoted to estimator in 1966 and became chief estimator for the shipyard in July 1979. 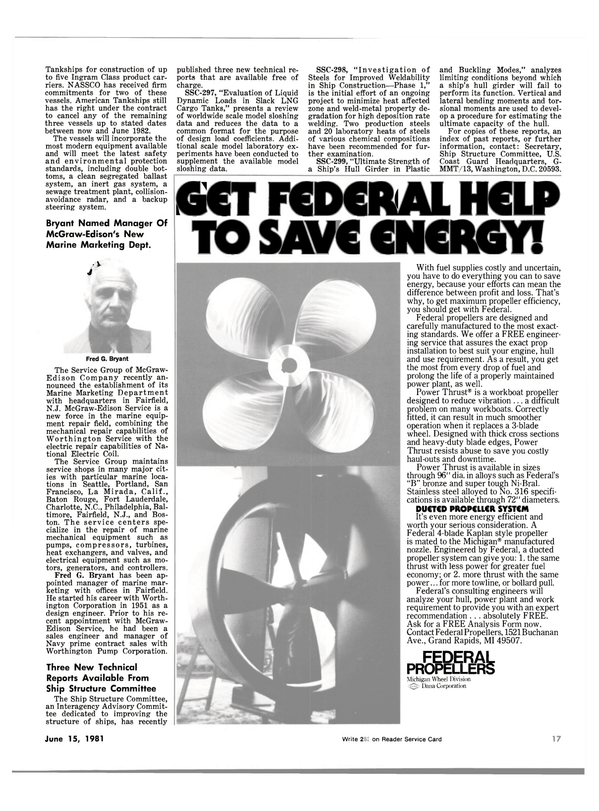