The Washburn & Doughty shipyard recently delivered the 105- foot Bountiful II (shown above) to Capt. Edison Love of Portland, Maine. The combination scalloperdragger is the eighth vessel to be delivered by the Bath, Maine, shipyard in the past 21 years.

Specifications include an overall length of 105 feet, a beam of 26 feet, and a depth of 14 feet 6 inches. On his first trip out, Captain Love was able to ride out high seas while the rest of the Portland fleet had to return to port.

The new vessel is a design of John Gilbert Associates of Boston.

The owner picked Washburn & Doughty as the shipbuilder because of the firm's growing reputation as a builder of rugged steel fishing boats.

The Bountiful II is powered by a Caterpillar D399 main engine driving a Columbian 72-inch wheel in a fixed Kort nozzle. During both builder's trials and delivery trip, the sleek vessel regularly beat the design speed of 12 knots.

The auxiliary engines include a Caterpillar 3304 generator set and a Caterpillar 3408-TA hydraulic pump engine. With a fuel capacity of 16,000 gallons, Captain Love's new boat will have a two to three-week range at sea.

Captain Love's boat has comfortable semiprivate staterooms for a crew of 14, plus captain. It has a complete, commercially equipped galley to w i t h s t a nd years of use, and is modeled after those found on large oceangoing ships. 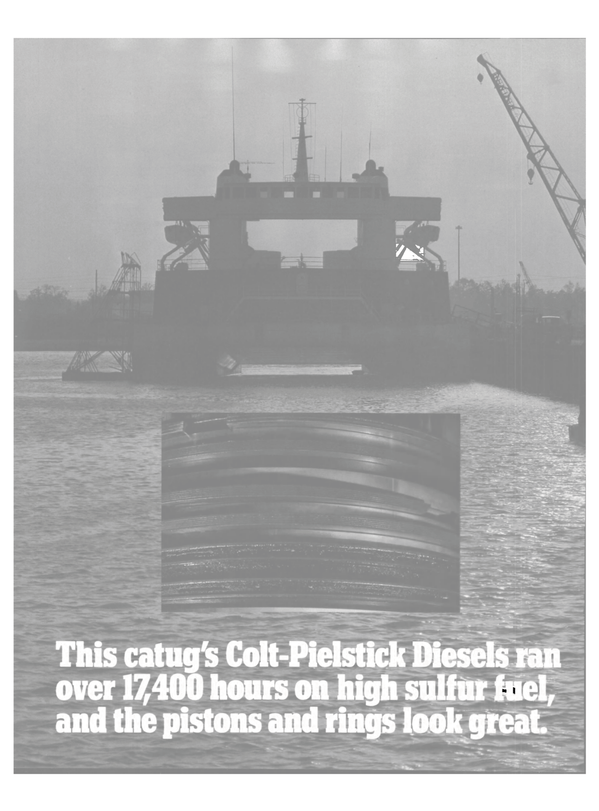